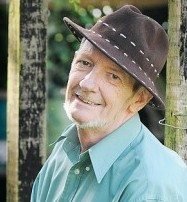 Recently there have been a number of articles written about Jon Matthews, the British man who was diagnosed with mesothelioma a little over two years ago. Mesothelioma is a type of cancer that is caused by exposure to asbestos. Apparently, Mr. Matthews had placed a bet with a bookie that he would live beyond 25 months. The bookie took the bet at 50 to 1 odds. When Mr. Matthews survived past this point, the bet paid off £5,000 on a £100 bet. First, we want to commend Mr. Matthews for proving his doctors wrong. But, why was 25 months chosen? Is this a magic number?

According to Andy Nicholson of William Hill Bookmakers the bookie had consulted with “various medical people” and based on those consultations it was decided that Mr. Matthews had a 50 to 1 chance to live past 25 months. Assuming that these were competent oncology professionals, it underscores the fact that mesothelioma doctors are often pessimistic about the survivability of this disease. While many people have heard about mesothelioma survivors Paul Kraus (12 years and counting), Ruth Phillips (10 years and counting), Rhio O’Connor (7 years and counting), there are others. In fact, some mesothelioma survivors have been written up in the medical literature with survival of more than 12, 15 and 17 years.

While the prognosis of this disease can be quite variable and depend on a number of factors such as stage, cell type, age of patient, general health, and therapies selected, 25 months is not a magic number. Some people can and do survive many years with this disease.

We wish Mr. Matthews many more years of good health and hope that his bookies continue to pay.

A new study published in Thoracic Cancer discussed the impact of COVID‐19 pandemic on new mesothelioma diagnoses in Italy. Malignant mesothelioma is a rare disease of great interest to the scientific community and to public health. This is due to its high lethality and its association with asbestos exposure. The timely diagnosis of mesothelioma is important. Although it may not change the prognosis of the disease, it can help in treatment strategies. It can also help in documenting previous exposure to asbestos. This can contribute to any request for compensation. New Study Shows Promising Results During the COVID-19 pandemic, there was a delay in the diagnosis of oncological diseases. This was because many departments were converted into COVID wards. And … END_OF_DOCUMENT_TOKEN_TO_BE_REPLACED