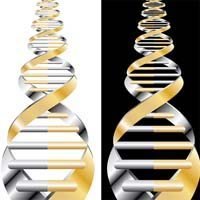 Medical science may finally be a step closer to understanding why some people exposed to asbestos contract malignant mesothelioma and others do not.

A new study funded by the National Cancer Institute and conducted by researchers at Fox Chase Cancer Center in Philadelphia and the University of Hawaii Cancer Center has found that people who have a genetic mutation on their BAP1 gene are more susceptible to mesothelioma and several other types of cancer.

The study, published in a recent issue of Nature Genetics, followed two families that have an unusually high incidence of mesothelioma, which is typically very rare. In the U.S., mesothelioma affects fewer than 3,000 people each year. This, despite the fact that tens of thousands of workers – from home renovators and ship builders to plumbers, electricians and auto mechanics – have been inadvertently exposed to asbestos on the job.

Further investigation of the BAP1 gene theory found the same genetic mutation in about 25 percent of people who had mesothelioma but had no family history of the disease. The finding is being compared to the discovery of the BRCA1 and BRCA2 genetic mutations which have been linked to about 10 percent of breast cancer cases.

In 2010, University of Hawaii researchers uncovered the mechanism by which microscopic shards of asbestos trigger malignant pleural mesothelioma when they are lodged in the lungs for many years. But researchers have long been at a loss to explain why this irritation and inflammation does not lead to mesothelioma in everyone who encounters it.

“This discovery is a first step in understanding the role of the BAP1 gene and its potential utility when screening for mutations in those at high risk,” said Michele Carbone, M.D., Ph.D., study co-leader and director of the University of Hawaii Cancer Center in an NCI new release. “Identifying people at greatest risk for developing mesothelioma, especially those exposed to dangerous levels of asbestos and erionite worldwide, is a task made easier by virtue of this discovery.”

This is the first study to suggest that individual genetic makeup could influence susceptibility to mesothelioma. The study also found that some people with BAP1 mutations were also more likely to develop breast, ovarian, pancreatic or renal cancers.

Certain types of biomarkers can help doctors predict the best chemotherapy treatment for patients with malignant pleural mesothelioma. Researchers from Cairo University in Egypt looked at 91 mesothelioma patients. They tested two different chemotherapy drug combinations: pemetrexed plus cisplatin and gemcitabine plus cisplatin. FDA Approved Treatment Options Mesothelioma is a rare cancer caused by asbestos and standard therapies are limited. Most mesothelioma patients have chemotherapy as their first-line treatment. If they are healthy enough, they may also have surgery or radiation therapy. Chemotherapy is a group of toxic drugs that kill cells by damaging their DNA. As of this writing, the only FDA approved chemotherapy for malignant pleural mesothelioma is a combination of pemetrexed and cisplatin. Gemcitabine is not an … END_OF_DOCUMENT_TOKEN_TO_BE_REPLACED