Home / News / 9/11 Firefighters Could Get Help for Mesothelioma 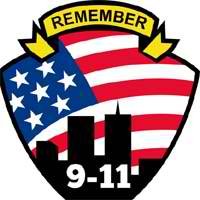 New York Firefighters who develop mesotheliomaand other cancers in the wake of the 9/11 attacks may be a step closer to receiving federal health benefits to cover their illnesses, thanks to a new study.

A decade after the World Trade Center bombings, the study has found that firefighters who responded are 19 percent more likely to get cancer of all types than the general population.  The study published this week in The Lancet is the first to look specifically at cancer rates among those exposed to the toxic dust and smoke.

An earlier study conducted at Mount Sinai School of Medicine and published in Environmental Health Perspectives used air analysis to confirm that the air in and around the site was filled with dangerous particles and chemicals, including asbestos, which is known to cause mesothelioma.  Based on their findings, the authors of that study predicted a rise in mesothelioma rates among rescue workers in the future, particularly among those who were also exposed in other jobs.

But it is still too early to say whether that prediction will be accurate.  Although the new study found a higher rate of cancer among firefighters who worked in the rubble, it did not find an increased risk of mesothelioma.  Researchers say this is likely because mesothelioma, can take decades to develop.

The study could still have implications for 9/11 workers who do eventually develop mesothelioma.  Right now, the Zadroga 9/11 Health and Compensation Act, a federal act aimed at compensating those who become sick in the wake of the bombings, does not cover cancer.

“This study clearly shows World Trade Center exposure in these firefighters led to an increase in cancer,” says Dr. David Prezant of the Fire Department of New York City, who conducted the study.  Even so, Prezant said he does not know whether it will be compelling enough to convince Congress to alter the law.

The study included nearly 10,000 male firefighters and looked only at cancers that developed in the first seven years after the World Trade Center attacks.  Because mesothelioma has a latency period measured in decades, the study would not be expected to find a significant increase in mesothelioma rates.

The MESOMICS project is the most comprehensive dataset of mesothelioma genomics to date. The data in this resource can help researchers to design precision treatments for mesothelioma patients This project was created by an international collaboration between scientists from France, Chile, and the United States. Understanding Diagnosis Malignant pleural mesothelioma is a rare cancer caused by asbestos exposure. There are approximately 2,000 cases of mesothelioma diagnosed in the United States alone every year. Because it is so rare, the treatment options are very limited compared to other types of cancer. The limited treatment options combined with the cancer’s ability to spread without being noticed makes mesothelioma a deadly disease. Median overall survival for mesothelioma patients is a little over a … END_OF_DOCUMENT_TOKEN_TO_BE_REPLACED