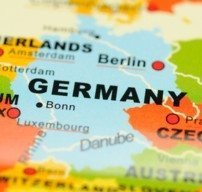 More invasive surgery doesn’t necessarily improve survival in patients with pleural mesothelioma. A less invasive approach is just as safe and effective, and it helps patients stay healthy enough to undergo additional chemotherapy and radiation treatments, according to a study published online September 16 in the journal, Lung Cancer.

Because individual treatments have not had much success against mesothelioma, triple therapy including surgery, chemotherapy, and radiation has emerged as the treatment of choice. Surgeons can choose from several different types of procedures, including extrapleural pneumonectomy (EPP) or pleurectomy/decortication (P/D). However, no official guidelines exist to help them make the decision.

“There aren’t prospective, randomized trials comparing different surgical options,” explains Servet Bölükbas, MD, PhD, a surgeon at Dr. Horst Schmidt Kliniken in Wiesbaden, Germany. “The surgeons’ decision to perform pleurectomy or EPP is mostly influenced by the surgeons’ philosophy.” Most surgeons favor the more aggressive EPP approach, which removes the lung, lining of the lung and heart, and diaphragm, he says. In contrast, RP removes only the lining of the lung, sparing the lung itself.

Dr. Bölükbas and his colleagues investigated the safety and effectiveness of using the less invasive radical pleurectomy (RP) technique as part of a triple therapy for pleural mesothelioma. Their treatment approach was derived, in part, from a 1991 study conducted by co-author Joachim Schirren, MD, PhD, which found better outcomes with P/D than with the more invasive EPP.

In the current study, 33 mesothelioma patients underwent RP surgery, followed by chemotherapy (with Permetrexed/Cisplatin), and radiation therapy. Overall, patients in the study survived an average of 30 months. Sixty-nine percent lived for one year, 50% survived two years, and 31% lived for three years. Patients who were initially eligible for EPP at stage 1 and underwent complete surgical resection of their cancer survived for more than 56 months.

In 12 patients in the study, the mesothelioma returned locally, and it spread in eight patients. Dr. Bölükbas says mesothelioma often returns after treatment, regardless of which surgery is used, because it is difficult to remove enough of the cancerous tissue without damaging nearby organs. “It would be mandatory to resect also the complete chest wall, all ribs, the aorta, esophagus, etcetera to achieve microscopic resection and adequate safety margins. This is not possible,” he says.

Another major benefit of RP over EPP is that it is possible to perform in patients at all stages of mesothelioma. Because it is so invasive, EPP can only be done in patients with earlier stage cancers who don’t have other significant illnesses.

Before triple therapy with RP can be recommended for pleural mesothelioma patients, several questions still need to be answered, according to the study’s authors. First, researchers need to determine which treatment order is most effective. In this study surgery was performed before chemotherapy, with the goal of removing any viable cancer. Microscopic disease that remains after the procedure can be treated by both chemotherapy and radiation. Yet other studies have found that administering chemotherapy first is an effective way to shrink the tumor before surgery. Second, researchers still need to determine the best timing and type of radiation.

In the future, Dr. Bölükbas also plans to investigate ways to individualize this mesothelioma therapy. “That means that we are investigating the biology of the tumor, so that we can choose the right chemotherapy for the patients,” he says.

An international group of researchers have provided recommendations for countries to create a mesothelioma registry. Mesothelioma registries are great tools to monitor the negative effects of asbestos. It can help to identify clusters of asbestos exposure. Registries can also track the impact of asbestos reduction programs. Asbestos Health Risks Asbestos is a naturally occurring mineral that has been found throughout the world. Even though it is toxic, it is used in manufacturing and construction in many countries around the world. Mesothelioma is a cancer that is caused by exposure to asbestos. It grows in the lining of organs like the lungs. Generally, those who develop mesothelioma show no signs of illness for a long time after their first exposure. It … END_OF_DOCUMENT_TOKEN_TO_BE_REPLACED