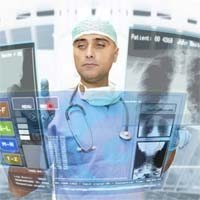 Radiation therapy may be a better option for mesothelioma than it used to be – especially when it is delivered using advanced targeting technology.

That is the message presented recently to thousands of the world’s lung cancer specialists at the European Lung Cancer Conference by a team of Australian researchers. Observing that many mesothelioma patients are not candidates for surgery and chemotherapy provides poor local control with serious toxicities, Dr. Malcolm Fiegen and his team analyzed the effectiveness of high dose radiation treatments for mesothelioma patients from 2003 to 2011.

In the past, high-dose radiation has often been dismissed as a viable treatment option for mesothelioma because the irregular shape of mesothelioma tumors made it difficult to avoid toxic overdoses to healthy tissue. But Dr. Fiegen argues that new treatment techniques including 3D conformal and Intensity Modulated Radiotherapy (IMRT) are making it possible to overcome these limitations.

In the Australian study, 44 patients, most of whom (84%) had Stage III or IV mesothelioma,  received radiation doses of 45-60 Gy to all or part of one side of their chest over 6 weeks.  Patients were treated with either 3D conformal or IMRT radiation. Median survival for all patients was 22 months from diagnosis.  Although 26 patients did eventually die of their mesothelioma, 15 of the original 44 patients are still living seven years later – a significant percentage given that many mesothelioma patients die within 12 to 18 months of diagnosis. None of the patients in the Australian study died as a result of radiation toxicity.

“Many believe mesothelioma to be radioresistant and that toxicity is prohibitive if high doses are given with the affected lung in situ,” writes Fiegen in an abstract of the findings. “Our experience provides clear evidence that radiation is arguably the most effective single targeting agent for mesothelioma and new technologies including IMRT allow high doses to be delivered safety to large volumes. Survival is not compromised.”

But not all ELCC attendees were quick to embrace Fiegen’s conclusions. A MedPage Today report on the conference quotes one participant as saying Fiegen’s team was “lucky” not to have many patients succumb to pneumonitis, a common symptom of radiation toxicity. Dr. Paul Baas of the Netherlands Cancer Institute in Amsterdam also pointed out that some of the drugs commonly used to treat mesothelioma can react dangerously with radiation.

The results of the Australian study will have to be verified by larger studies before high-dose radiotherapy could become a mainstream treatment for mesothelioma.

A new study shows that a multifaceted approach to quitting smoking can help patients diagnosed with cancer. One rare type of cancer is mesothelioma. This cancer is caused by exposure to asbestos. It occurs in the lining of different parts of your body, usually in the abdomen or the lungs. Mesothelioma often takes decades to develop after being exposed to asbestos. The symptoms can be hard to diagnose because they look like other, more common diseases. This makes treating mesothelioma more difficult, too. The cancer has more time to spread while doctors are struggling to make a diagnosis. There are other factors that make cancers like mesothelioma difficult to treat. Smoking after a cancer diagnosis can lead to worse survival … END_OF_DOCUMENT_TOKEN_TO_BE_REPLACED