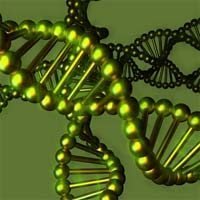 A treatment designed to inhibit a cell protein called CTLA-4 may improve the effectiveness of chemotherapy for mesothelioma.

Chemotherapy is considered a front-line treatment for mesothelioma, although it is only moderately effective.  Because mesothelioma is a highly aggressive cancer of the mesothelium, chemotherapy is often used as part of a multimodality therapeutic approach. Increasingly, immunotherapy, which involves manipulation of the genes and immune system, is also part of the treatment approach.

CTLA-4 is the name for both a protein and the gene that is responsible for producing it.  A recent published study tested the theory that knocking down cellular production of the CTLA-4 protein could slow tumor growth and stimulate the immune system between rounds of chemotherapy.

To test the theory, mice that had been given mesothelioma were injected with a CTLA-4 blocking antibody after each cycle of cisplatin-based chemotherapy. The effectiveness of the treatment was evaluated by measuring the delay in the tumor’s growth and the overall survival of the mice.  The research team also tested the ability of the treatment approach to kill mesothelioma cells in the lab.

The results were promising. Compared to the control group that received only chemotherapy, the group that received the anti-CTLA-4 monoclonal antibody did exhibit slowed growth of early-stage mesothelioma tumors. In addition, CTLA-4 therapy increased the immune system’s ability to fight the tumor by increasing the number of killer T-cells.

It is hoped that these results will lead to a more effective treatment for mesothelioma.

The MESOMICS project is the most comprehensive dataset of mesothelioma genomics to date. The data in this resource can help researchers to design precision treatments for mesothelioma patients This project was created by an international collaboration between scientists from France, Chile, and the United States. Understanding Diagnosis Malignant pleural mesothelioma is a rare cancer caused by asbestos exposure. There are approximately 2,000 cases of mesothelioma diagnosed in the United States alone every year. Because it is so rare, the treatment options are very limited compared to other types of cancer. The limited treatment options combined with the cancer’s ability to spread without being noticed makes mesothelioma a deadly disease. Median overall survival for mesothelioma patients is a little over a … END_OF_DOCUMENT_TOKEN_TO_BE_REPLACED