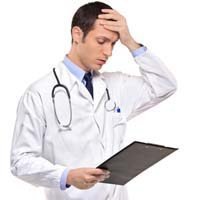 An oral leukemia medicine doctor’s had hoped might help certain mesothelioma patients won’t be moving on to the next level of clinical trials.

Phase II drug trials use human subject to determine a drug’s safe dose and measure its effectiveness.  In Phase II trials of dasatinib, a drug currently used for leukemia patients that have failed other treatments,  mesothelioma researchers found the medicine had “no activity” and was too toxic to justify its use.

Caused by exposure to asbestos, mesothelioma is challenging to treat and effective therapies are limited.  Because of dasatinib’s success as a second-line treatment for chronic myeloid leukemia, doctors reasoned that it might help patients with inoperable mesothelioma.  In the study to test this hypothesis, 46 mesothelioma patients were given 70 mg of dasatinib twice daily as part of a 28-day cycle. To track the drug’s effectiveness, researchers measured blood levels of several cancer growth indicators, including vascular endothelial growth factor, colony stimulating factor 1 (CSF-1)  and mesothelin at the start of treatment and during therapy.

The results were not good news, either for the study participants or for the approximately 2,500 people diagnosed with mesothelioma annually in the U.S. Half of the first study participants had side effects so severe that their dose had to be dropped to 50 mg. As the study progressed, eleven percent of mesothelioma patients experienced severe fatigue and 9% developed pleural effusion (lung fluid buildup). But the worst news of all was that progression-free survival at 24 weeks was just 23%. (Notably, survival was longer in patients who had lower CSF-1 levels at baseline or whose CSF-1 levels dropped during therapy.)

In the end, researchers concluded that dasatinib was not worth moving on to Phase III trials and should be dropped in favor of testing other drugs against mesothelioma. Currently, several classes of drugs are being explored for mesothelioma, including those that alter the DNA of cancer cells (CBP501), those that interfere with cancer cell blood supply or replication (cediranib, bevacizumab, NGR-hTNF, vorinostat), and those that attempt to use the immune system to fight cancer (MORAb-009, WT1, thalidomide).

Results of the dasatinib trial for mesothelioma were published in the Journal of Thoracic Oncology.

The MESOMICS project is the most comprehensive dataset of mesothelioma genomics to date. The data in this resource can help researchers to design precision treatments for mesothelioma patients This project was created by an international collaboration between scientists from France, Chile, and the United States. Understanding Diagnosis Malignant pleural mesothelioma is a rare cancer caused by asbestos exposure. There are approximately 2,000 cases of mesothelioma diagnosed in the United States alone every year. Because it is so rare, the treatment options are very limited compared to other types of cancer. The limited treatment options combined with the cancer’s ability to spread without being noticed makes mesothelioma a deadly disease. Median overall survival for mesothelioma patients is a little over a … END_OF_DOCUMENT_TOKEN_TO_BE_REPLACED