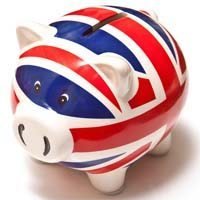 Britain’s highest court has issued what is being called a ‘landmark’ ruling for victims of mesothelioma and other industrial diseases.

Mesothelioma is a fast-growing cancer of the membranous tissue (mesothelium) that surrounds the lungs and lines the abdomen. It is caused by exposure to asbestos.  Because of the heavy use of asbestos as an insulator and building material in the past, England now has one of the highest per capita rates of mesothelioma in the world. According to the country’ largest trade union, approximately 2,500 people are diagnosed with mesothelioma each year – about the same number as are diagnosed in the entire United States.

Since mesothelioma can take decades to develop, the UK Supreme Court was being asked to decide at what point in that development process a negligent employer should be held liable for an employee’s mesothelioma. The decision would help determine when the employer’s insurance company would have to compensate a mesothelioma patient or his family.

Lawyers for insurance companies argued that liability should not be triggered until the first mesothelioma symptoms appeared.  But lawyers arguing for patients said employers should be liable from the time employees were first exposed to asbestos dust. According to the London’s Telegraph online, some relatives of British mesothelioma victims want to make claims on policies that date as far back as the 1940’s. Many victims’ families have had to argue their cases in court for years before insurance companies would compensate them.

The five justices of the Supreme Court conceded that mesothelioma’s tendency to lie dormant for so many years raised “peculiar legal difficulties” when it came to compensation. But in the end, the court sided in favor of earlier liability.  The new decision will mean that thousands of relatives of workers who died of mesothelioma and other late-developing industrial diseases will finally get the compensation they deserve.

A group of mesothelioma victims’ families started a legal battle for compensation more than five years ago.  Although the decision was not the one that insurers had hoped for, spokesmen for both sides of the issue say they welcome the legal clarity that the High Court’s ruling will bring.