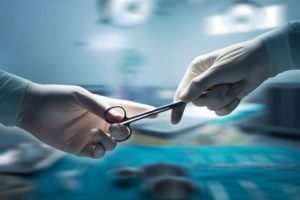 Lung-sparing surgery for mesothelioma is also known as pleurectomy with decortication (P/D). P/D surgery is less extensive than the other main surgical approach for mesothelioma but it is also less risky.

Now, doctors at Venice-Mestre Hospital say that, as long as it is performed early enough and combined with other treatments, lung-sparing surgery saves lives. Their report in the Journal of Thoracic Disease details the outcomes of 155 mesothelioma surgery patients tracked for a median of a year-and-a-half.

Extrapleural pneumonectomy (EPP) is the most radical operation for pleural mesothelioma. In addition to removing the mesothelioma tumor and all or part of other membranes in the chest, doctors also remove one of the lungs. This operation has a high risk for complications and even death. But some studies suggest that EPP increases the chance of mesothelioma survival.

In contrast, the lung-sparing surgery P/D leaves both lungs intact. Some versions of P/D are more extensive than others. All P/D surgeries remove the diseased pleural membrane around the lungs. Surgeons scrape as much cancer as they can from the surface of the lungs.

Extended P/D surgery includes removal of all or part of the diaphragm and the pericardial membrane around the heart. The goal with either version of the lung-sparing surgery is to remove as much cancer as possible. This may reduce the chance of mesothelioma recurrence.

Thoracic surgeons are still divided over the best surgical approach for pleural mesothelioma. A growing number favor lung-sparing surgery because it tends to cause fewer complications.

The new Italian study tracked the outcomes of 155 consecutive cases of lung-sparing surgery for pleural mesothelioma. All patients had the epithelioid mesothelioma subtype. To be eligible for surgery, patients had to have either Stage 1, 2, or 3 cancer. They had to be under 80 years old and in otherwise good health.

The research team found that either type of P/D surgery was a “valid option” for pleural mesothelioma management. Both had the potential to lead to longer survival as long as they were performed at an early stage.

Mesothelioma patients who did not have cancer in their lymph nodes at the time of lung-sparing surgery lived longer than those who did. Leaving the diaphragm and the pericardium intact were also linked to longer survival.

The type of P/D surgery – extended or traditional – did not appear to impact mesothelioma recurrence. Patients who lived for more than 12 months without recurrence were most likely to experience long-term survival.