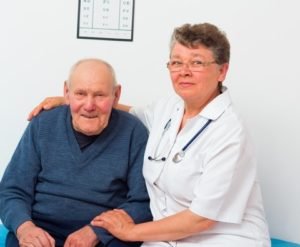 University of Pennsylvania researchers have some hopeful news for people with recurrent mesothelioma after chemotherapy: Second-line immunotherapy might increase their odds of survival.

Previous studies show that recurrent mesothelioma patients who had immunotherapy lived longer than those on placebo. But doctors were not sure how second-line immunotherapy compared to second-line chemotherapy in these patients.

The new study showed a clear survival advantage for those who had immunotherapy.

Malignant pleural mesothelioma is a rare cancer with a grim prognosis. Most people who receive a mesothelioma diagnosis start treatment with chemotherapy. A combination of Alimta (pemetrexed) and a platinum drug is the most common first-line treatment.

But even the standard-of-care rarely keeps this virulent cancer at bay for very long. Recurrent mesothelioma is common. This is true even for the 40 percent of people who respond well to chemotherapy. Eventually, most mesothelioma patients relapse.

There is no standard treatment for recurrent mesothelioma. Researchers around the world are still trying to find the best approach. Some studies suggest that more chemotherapy can help. Others suggest that immunotherapy is better.

The University of Pennsylvania study compares the survival of real-world patients with recurrent mesothelioma.

The new study included 176 advanced mesothelioma patients. They came from several different medical centers. Most were white men between 69 and 79 with epithelioid mesothelioma. All patients started treatment with chemotherapy. All relapsed.

“Our findings suggest that ICI may benefit patients with advanced malignant pleural mesothelioma and progression after initial platinum-based chemotherapy,” concludes the report.