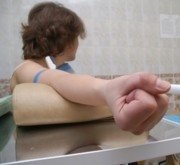 Patients who have already undergone chemotherapy for mesothelioma without success may benefit from a second round of treatment with the chemotherapy drug, vinorelbine, according to a study in the May 15 issue of the journal, Lung Cancer.

Mesothelioma has historically been a very difficult cancer to treat. The “gold standard” therapy has been the antifolate chemotherapy drug, pemetrexed, typically combined with the platinum-based drug, cisplatin. Though some patients undergo another round of chemotherapy if their disease continues to progress, there isn’t much research to guide doctors in treating patients who don’t respond to first-line therapy.

Vinorelbine is already being used as part of first-line treatment for mesothelioma. Dr. Stebbing and his colleagues wanted to learn whether the drug might also be an effective second-line treatment.

The study involved 63 mesothelioma patients (average age, 59) whose disease had progressed despite previous chemotherapy treatment. Patients received a weekly dose of up to 60 mg of vinorelbine through intravenous injection. After each six-week cycle of chemotherapy, patients were given a computed tomography (CT) scan to see how well they were responding to the therapy.

Overall, 10 patients (16%) partially responded to treatment and 43 patients (68%) had stable disease (meaning that their disease did not progress for six months). The overall survival time with treatment was 9.6 months. Side effects included low levels of white blood cells (neutropenia) and red blood cells (anemia), constipation, and abnormal nerve functioning (neuropathy).

“Vinorelbine had activity and was surprisingly well tolerated,” says Dr. Stebbing. However, the drug may not be appropriate for everyone, he says. Some patients are not well enough to undergo chemotherapy, and others who don’t respond to first-line treatment might need a different, non-chemotherapy based regimen.

Vinorelbine as a second-line treatment is promising enough to warrant further investigation. Researchers should next conduct a randomized study that looks at how the drug affects overall survival, Dr. Stebbing says. He suggests putting several different drug regimens head-to-head to determine which is safest and most effective.

Five out of ten Korean oncologists surveyed feel positive about using an aerosolized chemotherapy system called PIPAC for mesothelioma and other types of cancer. PIPAC stands for pressurized intraperitoneal aerosol chemotherapy. The system turns liquid chemotherapy drugs into a spray that can be applied with a nebulizer. It was developed to treat surface malignancies like peritoneal mesothelioma that can be hard to treat with standard methods.  PIPAC can be used in conjunction with mesothelioma surgery or by itself as either a palliative or curative treatment.  The technology is still very new. Many doctors have never used it. But research conducted by the Seoul National University College of Medicine shows Korean doctors are ready to embrace it. How Spray-on Chemotherapy Works … END_OF_DOCUMENT_TOKEN_TO_BE_REPLACED