Home / News / Mesothelioma Risk and Crohn’s Disease: Is There a Link? 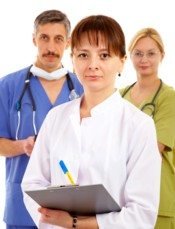 A new study out of Duke University suggests that, in some cases, there may be connection between malignant peritoneal mesothelioma and the Inflammatory bowel disease called Crohn’s disease.

Peritoneal mesothelioma, a cancer that starts on the membranes surrounding internal organs, is almost always caused by exposure to asbestos.

But the new study conducted by Duke’s pathology department and published in the Journal of Clinical Pathology notes that peritoneal mesothelioma and Crohn’s (also called Crohn ileitis) share a common characteristic: Inflammation.

In the case of Crohn’s, the inflammation happens in the small intestine, preventing the proper absorption of nutrients and causing a range of gastrointestinal symptoms. The Duke research suggests that people with the type of inflammation present in Crohn’s may also be at higher risk for malignant mesothelioma.

Scientists already know something about the relationship between inflammation and mesothelioma.

In 2010, a University of Hawaii study funded by the National Cancer Institute demonstrated tiny fibers of asbestos cause inflammation that ca nturn healthy cells into malignant mesothelioma cells.

That study found that cells killed by asbestos fibers through a process called necrosis release a protein that triggers an inflammatory reaction in the surrounding healthy cells, promoting the growth of mesothelioma tumors. Mesothelioma patients have higher levels of this protein in their blood.

Just last year, the same group of researchers along with colleagues in New York and Italy, found that the inflammation-fighting properties of aspirin slowed tumor growth and improved mesothelioma survival in mice.

This year, with a better understanding of inflammation’s possible role in mesothelioma, the Duke team combed a database of 3,800 mesothelioma cases to look for those with both peritoneal mesothelioma and an inflammatory bowel disease (Crohn’s or ulcerative colitis).

Three patients were identified. All had the classic symptoms of Crohn’s disease and had been definitively diagnosed with Crohn’s for at least three years. Only one of the three peritoneal mesothelioma patients was known to have been exposed to asbestos.

“Chronic inflammation has been associated with the development of malignant mesothelioma in rare instances and these three cases suggest that Crohn’s disease with transmural inflammation may also be a precursor,” writes Kelly J Butnor, MD, a professor in Duke’s Department of Pathology & Laboratory Medicine whose name appears first on the paper. Dr. Butnor specializes in lung and thoracic pathology.

In the US, as many as 1.6 million people have inflammatory bowel diseases, including Crohn’s. Every year, 2,500 Americans develop malignant mesothelioma. Peritoneal mesothelioma cases account for about a fifth of that number.

Researchers in Iran tested the safety of a new version of the drug pemetrexed in patients with non-small cell lung cancer and malignant pleural mesothelioma. This drug is used to treat these patients when they are not able to get surgery for their cancer. The researchers were able to determine that pemetrexed is safe in patients with non-squamous non-small cell lung cancer. Treatment Choices Malignant pleural mesothelioma is a lung-related cancer like non-small cell lung cancer. It is caused by exposure to asbestos. Treatment for mesothelioma usually involves chemotherapy, radiation therapy, and surgery. Patients may receive more than one type of treatment. This is called multimodal therapy. Pemetrexed is a chemotherapy drug that interrupts the cell replication process that helps … END_OF_DOCUMENT_TOKEN_TO_BE_REPLACED