Home / News / Mesothelioma Risk Does Not Decline Over Time 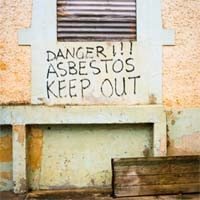 Another published study is highlighting one of the most deadly aspects of malignant peritoneal mesothelioma – the fact that risk for the disease remains high even decades after asbestos exposure has ended.

This latest study is focused on peritoneal mesothelioma, a form of mesothelioma that begins on the membrane that surrounds the abdominal organs.

Although asbestos is now widely known to be the primary cause of mesothelioma, the Italian team that conducted the new research observes that few studies have been able to quantify the risk of peritoneal mesothelioma in the decades after exposure has stopped.

The study, conducted by scientists at several Italian universities, used as its subject a group of former textile workers. The group included 1,083 women and 894 men who were known to have been heavily exposed to asbestos, although the exposure was sometimes short-lived.

Among the 1,977 former textile workers, 1,019 had died. The researchers found that these workers were 29% more likely to die of peritoneal mesothelioma than the general public. These workers also had a 33% higher-than-average risk of dying of pleural mesothelioma.

The risk of these asbestos-exposed textile workers to die of lung cancer or ovarian cancer was also elevated.

No Decline in Mesothelioma Risk Over Time

One of the most important – and disturbing – findings of the study is that, although the risk of lung cancer began to drop off 25 years after exposure, the risk of contracting either pleural or peritoneal mesothelioma did not decline over time.

“The findings of this unique cohort provide novel data for peritoneal cancer, indicating that – as for pleural cancer – the excess risk does not decline up to several decades after cessation of exposure,” writes Professor Enrico Pira, MD, PhD, with the Department of Public Health Science and Pediatrics at Turin University.

The Biopersistence of Asbestos

One of the reasons that mesothelioma risk remains high among workers like the Italian textile employees even decades after asbestos exposure has ended is a quality called “biopersistence”.

Asbestos fibers are said to be biopersistent because their size and shape make it extremely difficult for the body to rid itself of them. The irritation and inflammation that happens at the cellular level because of continuous exposure to sharp, iron-rich asbestos fibers, is believed to trigger mesothelioma in some people. Studies have shown that certain genetic factors can compound the risk.

As with many cancers, mesothelioma survival is highest among people who are diagnosed earliest. People who know they have been exposed to asbestos, even if it was decades in the past, should see their doctor regularly and should be aware of mesothelioma symptoms, including fatigue, chest pain, breathing difficulty and cough.

The MESOMICS project is the most comprehensive dataset of mesothelioma genomics to date. The data in this resource can help researchers to design precision treatments for mesothelioma patients This project was created by an international collaboration between scientists from France, Chile, and the United States. Understanding Diagnosis Malignant pleural mesothelioma is a rare cancer caused by asbestos exposure. There are approximately 2,000 cases of mesothelioma diagnosed in the United States alone every year. Because it is so rare, the treatment options are very limited compared to other types of cancer. The limited treatment options combined with the cancer’s ability to spread without being noticed makes mesothelioma a deadly disease. Median overall survival for mesothelioma patients is a little over a … END_OF_DOCUMENT_TOKEN_TO_BE_REPLACED