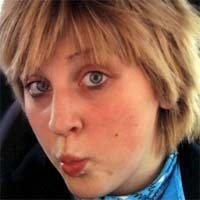 Britain’s youngest ever victim of malignant mesothelioma has died of the disease at the age of 18. Sophie Ellis was just 13 years old when she was diagnosed with mesothelioma, a cancer that is almost always associated with exposure to asbestos and typically strikes much older people. At the time, Ellis was told she had just three months to live, but with radiation, chemotherapy and radical surgery, she survived another five years.

Mesothelioma is caused by exposure to asbestos. Asbestos was widely used until the 1980’s in a wide variety of industrial applications and construction products and is present in many older school buildings. Many mesothelioma victims contract the disease after working with asbestos containing products such as older car brakes and transmissions, boilers or various construction materials. Since asbestos can take 20 to 50 years to evolve into mesothelioma, most victims are older than 50. But, as Ellis’ death proves, mesothelioma can strike anyone. In the U.S., the youngest recorded incidence of the disease also occurred at the age of 13 in the asbestos-ridden town of Libby, Montana.

British newspapers report that no one is sure how Ellis, who lived in Suffolk with her parents and three siblings, contracted the disease. Many of the youngest victims of mesothelioma are exposed to the dust brought home on the work clothes of a parent who worked around the substance, but there is no record of such exposure in Ellis’ case. The one-sided chest pain that originally drove her to the doctor was at first attributed to a judo injury. Even with radical treatments, Ellis’ cancer eventually spread to her spine, paralyzing her legs in the last few months of her life.

According to Britain’s ‘The Daily Mirror’, the country has the highest per capita rate of mesothelioma deaths in the world, at one death every five hours. In the U.S. an estimated 2,000 to 3,000 people are diagnosed with the disease annually. While rates fluctuate from year to year, data from the National Cancer Institute suggests that mesothelioma has been gradually but steadily increasing since 1979. The Environmental Protection Agency (EPA) and the Occupational Safety and Health Administration (OSHA) have implemented strict guidelines for those who work with asbestos. But because of the long latency from asbestos exposure to the onset of mesothelioma, the incidence of this cancer is not expected to peak for at least another ten to twenty years.

Researchers in Iran tested the safety of a new version of the drug pemetrexed in patients with non-small cell lung cancer and malignant pleural mesothelioma. This drug is used to treat these patients when they are not able to get surgery for their cancer. The researchers were able to determine that pemetrexed is safe in patients with non-squamous non-small cell lung cancer. Treatment Choices Malignant pleural mesothelioma is a lung-related cancer like non-small cell lung cancer. It is caused by exposure to asbestos. Treatment for mesothelioma usually involves chemotherapy, radiation therapy, and surgery. Patients may receive more than one type of treatment. This is called multimodal therapy. Pemetrexed is a chemotherapy drug that interrupts the cell replication process that helps … END_OF_DOCUMENT_TOKEN_TO_BE_REPLACED