Creditors of the bankrupt remains of General Motors have won the right to estimate just how much the company could have to pay out to mesothelioma victims in the coming years.

Like many car manufacturers, GM used asbestos as part of the brake linings in its vehicles for years.  This encapsulated asbestos poses a serious health hazard, including the potential for malignant mesothelioma, to anyone who disturbs it by working on those brakes.  Because brake work can release deadly asbestos dust into the air where it can be easily inhaled, auto mechanics are at risk for asbestos-related diseases, including not only mesothelioma, but also asbestosis and lung cancer.

Because of this danger, GM is no stranger to asbestos-related lawsuits and mesothelioma claims.  According to Bloomberg Business Week, during the 1990’s the average annual asbestos-related indemnity costs were around $2 million and the company saw fewer than 40 mesothelioma claims per year.  But those figures rose steadily during the following decade, ballooning to an annual average of $30 million in indemnity costs and 850 claims each year from 2000 to 2008.

GM’s creditors want to gather data to determine what levels to expect, going forward. U.S. Bankruptcy Judge Robert Gerber in New York granted the request for information from GM’s creditors, with the stipulation that the creditors must keep sensitive information confidential.  Although GM’s lawyers argued against the release of the data, Gerber decided in favor of release saying “This isn’t like the formula for Coke or nuclear launch codes.”

Motors Liquidation Co., the name for the bankrupt portion of the old GM, will establish a trust from which to pay out anticipated claims for mesothelioma and other asbestos related diseases.  According to Business Week, the amount set aside is currently estimated at $648 million, but a committee of creditors stated in a court filing that the estate “may face claims for five to ten times as much.”

Making an accurate determination of the company’s liabilities is required for it to exit bankruptcy. 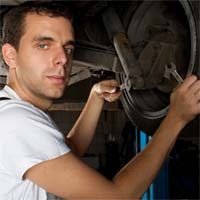 A new study shows that a multifaceted approach to quitting smoking can help patients diagnosed with cancer. One rare type of cancer is mesothelioma. This cancer is caused by exposure to asbestos. It occurs in the lining of different parts of your body, usually in the abdomen or the lungs. Mesothelioma often takes decades to develop after being exposed to asbestos. The symptoms can be hard to diagnose because they look like other, more common diseases. This makes treating mesothelioma more difficult, too. The cancer has more time to spread while doctors are struggling to make a diagnosis. There are other factors that make cancers like mesothelioma difficult to treat. Smoking after a cancer diagnosis can lead to worse survival … END_OF_DOCUMENT_TOKEN_TO_BE_REPLACED