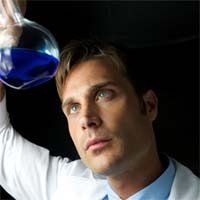 One of the biggest challenges with mesothelioma is obtaining an accurate diagnosis so that appropriate treatments can be started as soon as possible.  Because mesothelioma symptoms tend to be ambiguous and can mimic the symptoms of other diseases, this is rarely simple.  Many mesothelioma patients are not diagnosed until the disease is in its later stages and most patients survive only 6 to 18 months after diagnosis.

But a study conducted at Oxford University and published in the American Journal of Respiratory and Critical Care Medicine may help to improve those odds.  The English researchers studied levels of a critical biomarker called mesothelin which is found in the pleural fluid of patients with malignant mesothelioma.

Calretinin is a vitamin-D dependent calcium-binding protein and another well-established immunohistochemical marker for malignant mesothelioma. Until recently, however, it had not been investigated as a diagnostic tool in human blood.  A group of German researchers recently developed an enzyme-linked immunosorbent assay (ELISA) blood test of calretinin and tested it on 97 healthy volunteers, 35 asbestos-exposed works and 42 mesothelioma patients. Calretinin levels were found to be elevated in both the asbestos-exposed group and among those with mesothelioma. The team concluded “We suggest that the measurement of calretinin in human serum and plasma might be a useful marker for the diagnosis of malignant mesothelioma, alone or combined with other markers such as soluble mesothelin.”

While the news is encouraging, a more recent report points out that the calretinin test may not be as helpful in patients who have the rare sarcomatoid type of pleural mesothelioma.  A group of Danish researchers caution that most sarcomatoid mesothelioma cases test negative for the presence of calretinin.

Most recently, researchers at the University of Pisa in Italy have investigated the value of another potential diagnostic biomarker called osteopontin, found in the plasma and serum of mesothelioma patients.  After testing for osteopontin in 94 healthy volunteers, 113 patients with benign respiratory diseases (BRD) and 32 patients with malignant pleural mesothelioma, the team found levels to be ‘significantly higher’ in patients with malignant mesothelioma than in either the healthy control group or those with BRD.  They write “Plasma and serum osteopontin may be useful markers in the diagnosis of epithelial MPM in addition to traditional radiological exams.”

All these tests, combined in the appropriate way, should make it easier to diagnose mesothelioma.

A parasite found in cat feces triggered tumor regression in recent animal studies in China. It is a hopeful sign that the same process might be adapted to help human mesothelioma patients, too.   The parasite is toxoplasma gondii. It is a single-celled parasite that can only replicate inside live host cells. It is typically found in the feces of cats or in soil or water contaminated by their feces.  It is capable of entering most cells in most warm-blooded animals.  The goal of the new Chinese study was to determine whether toxoplasma gondii could modulate immune response in tumors. If it can, it might help immunotherapy drugs cause tumor regression in people with mesothelioma and other hard-to-treat cancers.  How Mesothelioma … END_OF_DOCUMENT_TOKEN_TO_BE_REPLACED