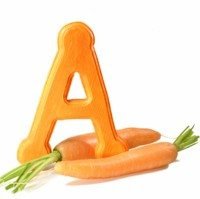 Vitamin A is a very important vitamin to maintaining health. We all know it is found in foods like carrots and is important in maintaining eyesight. Now, several independent research studies over the last three decades have suggested that vitamin A could possibly have an impact on managing and preventing mesothelioma.

Vitamin A has many essential functions in the human body including: sustaining vision, bone growth, reproduction, cell division, cell differentiation and helping to maintain the immune system – the body’s defense against infection. Vitamin A comes from animal sources (such as liver and whole milk) and plant sources. Retinoids which are chemically related to vitamin A have been implicated as anti-carcinogenic. For example, according to an article published in a leading medical journal: “At the cellular level, the anti-leukemia and anti-cancer activity of retinoids is the result of three main actions, cell-differentiation, growth inhibition and apoptosis.”1

In a 1988 study performed by the National Cancer Institute, the dietary patterns of mesothelioma patients were compared to those of healthy individuals.2 According to the article, mesothelioma patients ate less homegrown, cruciferous vegetables and all vegetables combined before they were diagnosed compared to healthy patients. Cruciferous vegetables, also called Brassica Vegetables, include Arugula, Broccoli, Cauliflower, Brussels Sprouts, Cabbage, Watercress, Bok Choy, Turnip Greens, Kale, and Mustard Greens. The researchers also pointed out that carotene intake was significantly lower for the mesothelioma patients. Carotene is a precursor to vitamin A.

Vitamin A or beta-carotene may decrease the risk of mesothelioma

In this 1996 study from the Division of Epidemiology of the American Health Foundation, the investigators examined the association between dietary intake and mesothelioma by studying 94 men and women with malignant mesothelioma and 64 people without cancer. They concluded that their results provided “some justification for the hypothesis that provitamin A or beta-carotene may decrease the risk of mesothelioma.”3 Provitamin A is any of the carotenoids that are precursors of vitamin A and can be found in fish-liver oils, egg yolk, milk products, green-leaf or yellow vegetables, and fruits.

And in 2006, Australian researchers looked at former workers and residents exposed to crocidolite (blue asbestos) in Western Australia. Their findings suggested that “people with chronically low plasma levels of retinol (the fat-soluble animal form of vitamin A found in liver and eggs) have increased risk of developing mesothelioma and lung cancer.”5

Will vitamin A ever become part of a protocol to prevent or manage mesothelioma? These independent studies are very preliminary, but their conclusions are intriguing. In addition, there are anecdotal reports of long-time mesothelioma survivors using vitamin A as part of their healing regiments. But first a great deal more research is needed.

Note: If you are interested in using vitamin A in relation to any disease please speak to your licensed healthcare practitioner.

3. “A high consumption of fruit and vegetables reduces the risk of several types of cancer. There is little information on the association between dietary intake and mesothelioma. A hospital-based case-control study of 94 men and women with malignant mesothelioma and 64 control patients without cancer was conducted to determine the odds associated with consumption of carotenoid-containing fruits and vegetables…These results provide some justification for the hypothesis that provitamin A or beta-carotene may decrease the risk of mesothelioma.” Source: Muscat JE, Huncharek M. Dietary intake and the risk of malignant mesothelioma. Br J Cancer. 1996 May;73(9):1122-5.

5. “Increased rates of death from asbestos-related diseases have been reported in former workers and residents exposed to crocidolite (blue asbestos) at Wittenoom (Western Australia). The relationships between plasma concentrations of retinol, carotene and vitamin E and incidence of mesothelioma and lung cancer in a cohort of people from this town were examined…These findings suggest that people with chronically low plasma levels of retinol have increased risk of developing mesothelioma and lung cancer.” Source: Alfonso HS, et al., Plasma vitamin concentrations and incidence of mesothelioma and lung cancer in individuals exposed to crocidolite at Wittenoom, Western Australia. Eur J Cancer Prev. 2006 Aug;15(4):290-4.

Italian researchers say lung-sparing surgery can lead to long-term mesothelioma survival, even if surgeons take a more conservative approach.  Lung-sparing surgery for mesothelioma is also known as pleurectomy with decortication (P/D). P/D surgery is less extensive than the other main surgical approach for mesothelioma but it is also less risky. Now, doctors at Venice-Mestre Hospital say that, as long as it is performed early enough and combined with other treatments, lung-sparing surgery saves lives. Their report in the Journal of Thoracic Disease details the outcomes of 155 mesothelioma surgery patients tracked for a median of a year-and-a-half.  Extrapleural Pneumonectomy & Lung-Sparing Surgery Extrapleural pneumonectomy (EPP) is the most radical operation for pleural mesothelioma. In addition to removing the mesothelioma tumor … END_OF_DOCUMENT_TOKEN_TO_BE_REPLACED