Home / News / Mesothelioma on the Rise in Aussie Women 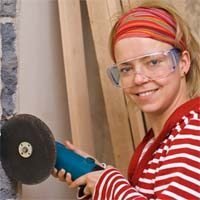 An Australian news service is reporting a spike in the number of women contracting mesothelioma and they are blaming the growing popularity of do-it-yourself home renovation.

According to The Mercury.com, the number of Tasmanian female mesothelioma patients is up sharply in recent years.  The website quotes the president of Australia’s Asbestos Diseases Foundation, Barry Robson, as saying the new state-by-state government mesothelioma statistics due out soon could prove to be “stark reading”.

“But we have already seen an increase in the number of women affected by asbestos-related conditions over the past decade or so and that is increasing,” Robson told the news source.

In Australia, as well as elsewhere in the world, asbestos-related diseases like mesothelioma have affected far more men than women.  Asbestos has been used for decades in various construction and industrial applications, putting the millions of people – mostly men – who work in these jobs at risk of exposure. Traditionally, a large percentage of the women who are diagnosed with mesothelioma are believed to have been exposed by contact with their husbands’ contaminated work clothes.

But Robson says Australia’s recent infatuation with home renovation is putting a growing number of homeowners – including female homeowners – at risk for mesothelioma and other asbestos related diseases.    The foundation warns that every house built in Tasmania before 1984 contains some asbestos product that could be toxic to renovators. The group has been so concerned about the trend that it has asked the Australian government to compel home renovation television shows to display asbestos warnings.

In Australia, as in the U.S., some sources of asbestos in the home are obvious, while others are harder to identify.  Many homeowners are aware that vermiculate insulation can contain asbestos, as can roof shingles.  But asbestos was also commonly used as backing for floor tiles in kitchens and bathrooms, as a backing for electric meter boxes, and as an insulator around furnaces and plumbing pipes. Asbestos was also used in some joint compounds and even paints, which can make it dangerous to sand or otherwise disturb aging wall board.

Although the incidence of mesothelioma in women worldwide is lower than in men, studies have not found that women are less susceptible to the disease.

The MESOMICS project is the most comprehensive dataset of mesothelioma genomics to date. The data in this resource can help researchers to design precision treatments for mesothelioma patients This project was created by an international collaboration between scientists from France, Chile, and the United States. Understanding Diagnosis Malignant pleural mesothelioma is a rare cancer caused by asbestos exposure. There are approximately 2,000 cases of mesothelioma diagnosed in the United States alone every year. Because it is so rare, the treatment options are very limited compared to other types of cancer. The limited treatment options combined with the cancer’s ability to spread without being noticed makes mesothelioma a deadly disease. Median overall survival for mesothelioma patients is a little over a … END_OF_DOCUMENT_TOKEN_TO_BE_REPLACED