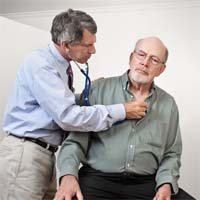 Patients with malignant mesothelioma who have not gotten better after chemotherapy are being invited to enroll in a clinical trial of a combination drug that could be the future of mesothelioma treatment.

The drug is called SEL-403. Developed by Selecta Biosciences, the drug seeks to get around the problem of the body producing antibodies that decrease the effectiveness of certain mesothelioma drugs.

What is SLE-403 and How Could it Improve Mesothelioma Treatment?

SEL-403 is a combination of two agents, The first is LMB-100, an immunotoxin that targets the  protein mesothelin, which is overproduced by most mesothelioma tumors as well as by several other types of cancer cells.

Since LMB-100 targets this particular protein, it is less likely to attack healthy cells, which minimizes the chance of side effects. But, because LMB-100 is essentially an unfamiliar protein, the body tends to treat it like an invader, creating antibodies against it, just as it would if the drug were actually a germ.

“The efficacy of protein-based drugs, including promising immunotoxins such as LMB-100, can be limited by the formation of anti-drug antibodies (ADAs),” says Takashi Kei Kishimoto, PhD, Chief Scientific Officer of Selecta and co-author of a recent paper on preclinical research into this potential new mesothelioma therapy.

This is where the second component of SEL-403 comes in. SVP-Rapamycin (also called SEL-110) is designed to fight these ADAs  so that LMB-100 can do its job more effectively.

The idea is that, if SVP-Rapamycin can keep the ADAs in check, doctors can administer enough LMB-100 to wipe out a mesothelioma tumor before the drug stops working.

When the drug was tested in mice last year, that is exactly what happened. According to researcher Dr. Ira Pastan, Senior Investigator and Head of the Molecular Biology Section at NCI’s Center for Cancer Research, “SVP-R mitigated the formation of inhibitory ADAs in naïve and sensitized mice, resulting in restoration of antitumor activity.”

About the New Mesothelioma Trial

The new clinical trial of SEL-403 started in March with the dosing of the first mesothelioma patient. In total, the study being run at the National Cancer Institute headquarters in Bethesda, Maryland will enroll up to 18 patients with peritoneal or pleural mesothelioma. Patients must have undergone at least one round of mesothelioma chemotherapy.

Each study subject will receive up to four treatment cycles of SEL-403, each of which consists of a dose of the combination therapy on the first day, followed by doses of LMB-100 alone on days three and five. The goal of the Phase I human trial will be to determine the safest effective dose for mesothelioma patients and to evaluate their overall response rate.

“Mesothelioma remains one of the deadliest and most challenging-to-treat forms of cancer,” the trial’s principal investigator, Raffit Hassan, MD, said in a statement. Dr. Hassan is the Senior Investigator, Thoracic and GI Oncology Branch, in NCI’s Center for Cancer Research. “Recombinant immunotoxins hold the potential to induce marked anti-tumor activity if anti-drug antibodies are prevented and sufficient cycles of therapy can be administered.”

An estimated 3,000 Americans are diagnosed with malignant mesothelioma, also known as the “asbestos cancer”, each year. There is no cure for mesothelioma and most conventional cancer treatments—including those that are currently considered the “gold standard” for mesothelioma—have not been shown to extend survival by more than a few months.

Most cancer experts agree that immunotherapy approaches like SEL-403 represent the best hope for curing mesothelioma and other aggressive, treatment-resistant malignancies.

More information on the clinical trial of SEL-403 can be found at the National Cancer Institute website at Cancer. gov.

Mazor, R, et al, “Tolerogenic nanoparticles restore the antitumor activity of recombinant immunotoxins by mitigating immunogenicity”, January 8, 2018, Proceedings of the National Academy of Sciences of the United States of America

Certain types of biomarkers can help doctors predict the best chemotherapy treatment for patients with malignant pleural mesothelioma. Researchers from Cairo University in Egypt looked at 91 mesothelioma patients. They tested two different chemotherapy drug combinations: pemetrexed plus cisplatin and gemcitabine plus cisplatin. FDA Approved Treatment Options Mesothelioma is a rare cancer caused by asbestos and standard therapies are limited. Most mesothelioma patients have chemotherapy as their first-line treatment. If they are healthy enough, they may also have surgery or radiation therapy. Chemotherapy is a group of toxic drugs that kill cells by damaging their DNA. As of this writing, the only FDA approved chemotherapy for malignant pleural mesothelioma is a combination of pemetrexed and cisplatin. Gemcitabine is not an … END_OF_DOCUMENT_TOKEN_TO_BE_REPLACED