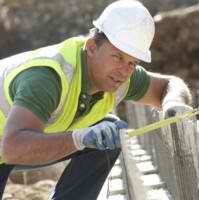 A new Turkish study is shining a spotlight on the role of environmental asbestos exposure in the development of malignant mesothelioma, an aggressive malignancy with no known cure.

Malignant mesothelioma, which occurs on the membranes around the lungs, the abdominal organs or, more rarely, the heart, is most often associated with occupational asbestos exposure.

Doctors have known since as early as the 1930s of the possible connection between the mineral asbestos and a previously-unknown type of lung cancer.

The fact that the incidence of mesothelioma was (and remains) low, made it difficult to study. It was not until the 1960s that it became clear that asbestos exposure was the primary cause of mesothelioma and some companies began to taper off their use of asbestos-containing materials.

From the very first study on mesothelioma and asbestos, published in the British Journal of Medicine in 1960, researchers acknowledged that both occupational and environmental exposure to asbestos could be deadly.

Other studies followed, showing that people who either worked or lived around asbestos or products that contained it, were more likely than the general public to die of malignant mesothelioma.

This is because when they are inhaled or swallowed, asbestos fibers get trapped in the tissues, triggering inflammation and irritation that can lead to a mesothelioma diagnosis even decades later.

Eight of the groups included patients whose only known exposure to asbestos or a similar mineral called erionite was environmental. Erionite is especially common in some areas in Turkey and many homes in these regions have been constructed with rocks that contain it, putting both the builders and the occupants of these homes at risk for mesothelioma.

The remaining 13 groups of mesothelioma patients analyzed for the new study included patients whose only known exposure to mineral fibers was in their work.

Results of the Mesothelioma Study

Although exposure to asbestos or erionite was clearly implicated in the illnesses of all of the study participants, the researchers discovered that how and where one was exposed could play a role in the development and progression of their mesothelioma.

Among the environmentally-exposed mesothelioma patients, incidence was higher in women. In contrast, groups of patients exposed at work tended to contain more men.

In the US, environmental exposure to asbestos may include things like living near a decommissioned asbestos mine, laundering the clothes or equipment of someone who worked around asbestos, hiking in an area where asbestos occurs naturally, or living in a home with disintegrating asbestos insulation.

Metintas, S, “A review of the cohorts with environmental and occupational mineral fiber exposure”, April 2018, Archives of Environmental Occupational Health, Epub ahead of print

A new study published in Thoracic Cancer discussed the impact of COVID‐19 pandemic on new mesothelioma diagnoses in Italy. Malignant mesothelioma is a rare disease of great interest to the scientific community and to public health. This is due to its high lethality and its association with asbestos exposure. The timely diagnosis of mesothelioma is important. Although it may not change the prognosis of the disease, it can help in treatment strategies. It can also help in documenting previous exposure to asbestos. This can contribute to any request for compensation. New Study Shows Promising Results During the COVID-19 pandemic, there was a delay in the diagnosis of oncological diseases. This was because many departments were converted into COVID wards. And … END_OF_DOCUMENT_TOKEN_TO_BE_REPLACED