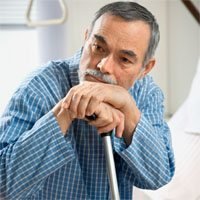 If you are going to consider complementary therapies for malignant mesothelioma, it may not be wise to do it at the exclusion of conventional cancer treatment.

That is the message from a new study of nearly 2 million cancer patients published in JAMA Oncology.

The study included patients with breast, prostate, lung, or colorectal cancer who were diagnosed between 2004 and 2013 at 1,500 Commission on Cancer-accredited centers across the US.

Researchers found that the 258 patients who chose to use complementary medicine for their condition had a higher risk of death than those who didn’t.

But the reason may have less to do with the complementary therapies themselves than the fact that many of these same patients also refused to have conventional cancer therapies or delayed their use.

What is Complementary Medicine?

For the purposes of the study, the Yale research team defined complementary medicine (CM) as “Other-Unproven: Cancer treatments administered by nonmedical personnel”.

Complementary therapies could include dietary therapies, herbs and supplements, mind-body techniques, energy healing and other approaches.

To be classified in the CM group, patients had to use CM and at least one treatment with a conventional therapy, which was defined as surgery, radiotherapy, chemotherapy and/or hormone therapy.

Because malignant mesothelioma tends to be highly resistant to conventional treatments, many mesothelioma patients are drawn to the idea of complementary medicine.

But the Yale study suggests that CM alone rarely results in a positive outcome and may even shorten survival more than doing nothing.

“Use of CM was associated with poorer 5-year overall survival compared with no CM and was independently associated with greater risk of death in a multivariate model that did not include treatment delay or refusal,” writes lead author Skyler Johnson, MD. “However, there was no significant association between CM and survival once treatment delay or refusal was included in the model.”

“The results suggest that the mortality risk associated with CM was mediated by the refusal of CCT,” concludes Dr. Johnson.

While the jury is still out on many controversial cancer treatments, some of the longest-living mesothelioma survivors, including Paul Kraus, author of Surviving Mesothelioma and Other Cancers, say a healthy diet and lifestyle have been key to their treatment success.

A Canadian study found that tracking trends in mesothelioma at the local level can help officials predict future mesothelioma cases. Most mesothelioma tracking efforts focus on the national scale and monitor cases across a country or region. This study, published in Cancer Causes and Control, looked at mesothelioma cases based on industrial sources of asbestos in Ontario and British Columbia. Growing Number of Cases Asbestos is a toxic material that is used in many commercial and industrial products. It’s durability and heat resistance made it very popular in products like construction materials, textiles, and vehicles. Mesothelioma is a deadly cancer caused by exposure to asbestos. It was first identified as a cancer-causing material in 1977 by the International Agency for … END_OF_DOCUMENT_TOKEN_TO_BE_REPLACED