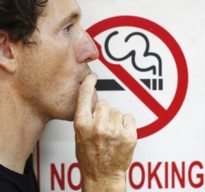 Patients with mesothelioma, an aggressive form of cancer caused by exposure to asbestos, may bear the brunt of public prejudice against lung cancer, according to a new study.

Although mesothelioma is a rare cancer, attacking just 2,000 to 3,000 Americans each year, the most common form, which occurs in the linings around the lungs, is classified as lung cancer.  According to the American Cancer Society, lung cancers of all kinds are the most prevalent cancer killer worldwide, claiming more lives than breast, prostate and colon cancers combined.  Asbestos exposure has also been shown to cause lung cancers other than mesothelioma, and may account for many more deaths.

But a new study commissioned by the Global Lung Cancer Coalition (GLCC) says, despite its prevalence, lung cancer is often perceived as being partially a patient’s fault because so many cases are caused by smoking.  People surveyed in countries with the lowest smoking rates (including the US), admitted to being more likely to blame lung cancer patients for their disease.

While the vast majority of lung cancers do occur in former smokers, a tenth of men and a fifth of women with lung cancer have never smoked.  Mesothelioma is thought to be caused when tiny fibers of asbestos are inhaled and lodge in the lungs.  According to the New York Times, nonsmoking asbestos workers are five times more likely to get lung cancer than other non-smokers.

Over 16,000 people in 16 countries were polled for the GLCC lung cancer study.  In an interview with the New York Times, Dr. Joan Schiller, an oncologist at the University of Texas Southwestern Medical Center in Dallas said, “It’s a sizeable number of nonsmokers who get lung cancer, more than get leukemia or AIDS.  If lung cancer unrelated to smoking was listed as a separate disease, it would be the sixth or seventh most common cause of cancer deaths.”

Although the stigma against lung cancer may be disheartening for mesothelioma patients, the more devastating impact may be in how it effects funding for research.  Dr. James Gowing, co-chair of the Cancer Advocacy Coalition of Canada who helped conduct the GLCC surveys in Canada says lung cancer research accounts for just 3 percent of total research funding for all cancers, despite the fact that it is the top cancer killer.  Gowing made the remarks to a Canadian Newspaper, The Hamilton Spectator.