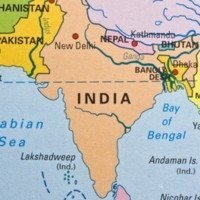 Once prized as an insulator and building material, the mineral asbestos is now recognized by health experts around the world, including the World Health Organization (WHO), as a potent carcinogen that can cause mesothelioma and other asbestos related diseases.  While many industrialized nations now ban or seriously restrict its use, India continues to import and use asbestos at a rate that is alarming the world medical community.

A recent article published in the British medical journal, The Lancet, predicts that with “India’s surging consumption of asbestos, the industry’s hefty political and economic clout, and the country’s poor record of worker protection….a sizeable burden of asbestos-related disease is inevitable” leading to health consequences that “will be felt into the next century.  These health consequences could include an epidemic of mesothelioma.

A total of forty countries have now banned chrysotile (white) asbestos, the most common form of the mineral.  (The U.S. is not one of them.)  But between 2000 and 2007, India’s importation of asbestos rose from 125,000 metric tons to about 300,000, with most of it coming from Canada.  The asbestos is primarily mixed into cement and used in all types of building applications, including the production of cement roofing tiles, making them durable, sturdy and fireproof, unlike traditional thatched roof.  Since 1960, India has imported about 7 million metric tons of asbestos.

According to the World Health Organization, at least 90 thousand people die annually worldwide from asbestos-related lung cancer, asbestosis or mesothelioma.  Because mesothelioma can take 30 to 50 years after exposure to develop, the number of people contracting the disease continues to rise even in countries where it has been banned.  Because India does not track its cancer cases, it is difficult to get an estimate of the asbestos-related disease problem there. Experts suggest that many cases diagnosed as bronchitis or tuberculosis may actually be an unrecognized asbestos related illnesses.

In an editorial in the UK’s online magazine The Tribune, photojournalist Neil Hodge claims to have photographed Indian children making statues with sacks of asbestos cement, unprotected and unaware of the health risks.  Hodge says an Indian television channel even reported in 2007 that asbestos was being used in parts of the country to bleach rice to make it more attractive to consumers.  According to the Indian Health officials quoted in the article, most Indian consumers do not believe that asbestos is toxic, that it can cause cancer like mesothelioma, and there is little or no enforcement of safety legislation designed to protect workers.

Speaking in The Lancet, Drexel University professor and Chair of the Department of Environmental and Occupational Health, Arthur Frank, MD, PhD, warns, “We can expect a lot more death and disease [in India]. There is no champion for the working person, or for the elimination or reduction in the use of asbestos that I can see in the central Indian Government.”

The MESOMICS project is the most comprehensive dataset of mesothelioma genomics to date. The data in this resource can help researchers to design precision treatments for mesothelioma patients This project was created by an international collaboration between scientists from France, Chile, and the United States. Understanding Diagnosis Malignant pleural mesothelioma is a rare cancer caused by asbestos exposure. There are approximately 2,000 cases of mesothelioma diagnosed in the United States alone every year. Because it is so rare, the treatment options are very limited compared to other types of cancer. The limited treatment options combined with the cancer’s ability to spread without being noticed makes mesothelioma a deadly disease. Median overall survival for mesothelioma patients is a little over a … END_OF_DOCUMENT_TOKEN_TO_BE_REPLACED