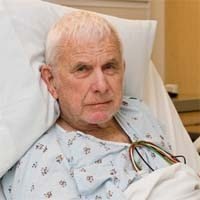 Doctors in the Department of Respiratory medicine at York Teaching Hospital in the UK are taking a hard stance against the surgical treatment of malignant pleural mesothelioma. In a recent article in the journal Thorax, the group contends that the research surrounding mesothelioma surgery is largely flawed and that the majority of mesothelioma patients would be better served if their doctors suggested alternatives.

“Belief that the modest survival times reported after radical surgery, whether alone or as part of multimodal therapy, are longer than they would have been without surgery relies on data from highly selected, uncontrolled, retrospectively analyzed case series,” they write. They point out that the only randomized study, the Mesothelioma and Radical Surgery (MARS) trial showed no measurable benefit from surgery for mesothelioma patients.

Controversy over surgery for mesothelioma is nothing new. For several years now, those who support the idea of surgery as a viable treatment for mesothelioma have argued over whether or not lung resection should be part of the approach. Lung sparing techniques, such as pleurectomy/decortication, involve removing only the diseased pleura and surrounding tissues while the more radical extrapleural pneumonectomy includes removal of the pleura, the nearest lung, other membranes and the diaphragm. The latter carries a greater risk for complications and death.

Some studies have suggested that mesothelioma patients who undergo EPP followed by adjuvant chemotherapy and/or radiation have experienced some limited survival benefit. But the UK team says that “the impression of longer survival is eroded when patients who were never candidates for operation on grounds of histology, performance status and age are sequentially excluded from the model.”

Because they offer patients access to promising new treatments, clinical trials can be a good option for mesothelioma, for which no proven treatments exist.

Datta, A, et al, “Surgery in the treatment of malignant pleural mesothelioma: recruitment into trials should be the default position”, June 12, 2013, Thorax, Epub ahead of print.

An international group of researchers have provided recommendations for countries to create a mesothelioma registry. Mesothelioma registries are great tools to monitor the negative effects of asbestos. It can help to identify clusters of asbestos exposure. Registries can also track the impact of asbestos reduction programs. Asbestos Health Risks Asbestos is a naturally occurring mineral that has been found throughout the world. Even though it is toxic, it is used in manufacturing and construction in many countries around the world. Mesothelioma is a cancer that is caused by exposure to asbestos. It grows in the lining of organs like the lungs. Generally, those who develop mesothelioma show no signs of illness for a long time after their first exposure. It … END_OF_DOCUMENT_TOKEN_TO_BE_REPLACED