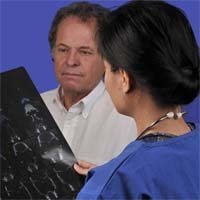 Peritoneal mesothelioma patients who have cytoreductive surgery (CRS) and heated chemotherapy can sometimes benefit from a second surgery, but it may be harder the second time around.

Researchers in France have recently published their findings in a study of patients with mesothelioma and other peritoneal cancers who experienced recurrence after  cytoreductive surgery (CRS) and hyperthermic intraperitoneal chemotherapy (HIPEC). Peritoneal mesothelioma is an asbestos-related malignancy that spreads across the peritoneum, the membrane that lines the abdomen. For patients who are healthy enough to undergo it, cytoreductive surgery to remove as much of the cancer as possible, followed by a solution of heated chemotherapy drugs, has been shown to improve survival.

But the French team wanted to examine the possible options for people who experience recurrence of  peritoneal mesothelioma  or another peritoneal cancer after surgery. They examined the outcomes of 30 patients with recurrent peritoneal cancers who had a second cytoreductive surgery (referred to as an iterative procedure) with HIPEC between 1990 and 2010. The median time before their cancer recurred after the first procedure was 16.2 months.

The results suggest that a second round of cytoreductive surgery and HIPEC for mesothelioma and other cancer patients can be very difficult. The rate of “severe morbidity”, or life-threatening complications, after the second surgery was 40% – ten percent higher than it was after the first surgery. At the most recent follow-up (2012), 9 of 30 peritoneal mesothelioma patients had experienced a recurrence of their mesothelioma or other peritoneal cancer and died while 10 had recurrence but were still alive.

The good news is that 11 of the mesothelioma patients who’d undergone second procedures between 1999 and 2010 were still alive and disease-free as of the summer of 2012. Five year overall survival after their first CRS/HIPEC procedure was 65% and overall median survival from diagnosis was 140 months.

The results prompted the research team to conclude, “Iterative [subsequent] procedures combining CRS-HIPEC are feasible and allow long-term survival but may result in significant morbidity and mortality.” They suggest the primary criteria clinicians should use to determine which mesothelioma patients are candidates for a second surgery are the extensiveness of their first procedure, how long they survived without recurrence, their overall health or ‘physiological age’, co-existing conditions and how complete the surgery is likely to be (based on size and accessibility of the cancer).