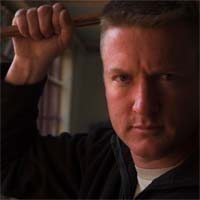 Some thieves in Massachusetts may end up paying with their lives for stealing copper pipes from abandoned buildings. That is because the thieves inadvertently exposed themselves to mesothelioma-causing asbestos fibers when they ripped off old insulation to get at the pipes. They stole the old copper pipes to sell them for scrap. Because the buildings were built when the use of asbestos in insulation was at its peak in the 1960s, the pipes may be surrounded by a thick blanket of hazardous asbestos insulation.

Asbestos in insulation and other building products is not considered a health hazard when left in place and intact, but disturbing it can create clouds of fibers that have been linked to mesothelioma, asbestosis, lung scarring, and lung cancer. Older homes and buildings, built before the asbestos/mesothelioma link was fully understood, pose the greatest risk. The asbestos mess created by the thieves will cost the Housing Authority weeks of delay and $78,000 in cleanup costs before they can demolish the condemned buildings.

“The problem is the asbestos dust,” Peter Proulx, the director of facilities management for the Housing Authority, told a local newspaper. “Instead of an easy and clean operation of cutting the insulation and carrying it outside in one piece, the company now has to go in and clean every square inch before they begin demolition.”

To protect workers and the public against mesothelioma and other asbestos related diseases, the Environmental Protection Agency (EPA) requires that asbestos be cleaned up and removed according to strict guidelines. Workers will have to wear special respirators and protective clothing and will have to seal the asbestos and transport it from the site in enclosed vehicles.

Older homes can also present a mesothelioma risk if asbestos  is disturbed, such as during a renovation project.  To reduce the risk, the EPA recommends that homeowners planning a remodel hire a professional abatement company to remove any asbestos properly. Paper masks, such as the kind sold in hardware and home stores, and long-sleeved clothing are not sufficient protection against mesothelioma.

There is no consistent cure for mesothelioma. Although the Fall River thieves could develop mesothelioma in 10 or 20 years, they are not expected to get more than $200 for the copper they stole.

A new study published in Thoracic Cancer discussed the impact of COVID‐19 pandemic on new mesothelioma diagnoses in Italy. Malignant mesothelioma is a rare disease of great interest to the scientific community and to public health. This is due to its high lethality and its association with asbestos exposure. The timely diagnosis of mesothelioma is important. Although it may not change the prognosis of the disease, it can help in treatment strategies. It can also help in documenting previous exposure to asbestos. This can contribute to any request for compensation. New Study Shows Promising Results During the COVID-19 pandemic, there was a delay in the diagnosis of oncological diseases. This was because many departments were converted into COVID wards. And … END_OF_DOCUMENT_TOKEN_TO_BE_REPLACED