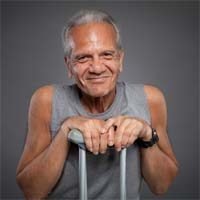 There is some good news for mesothelioma sufferers in a recent report from Thomson Reuters on the orphan drug market. According to Reuters, rare diseases like mesothelioma are “winning unprecedented attention” from drug manufacturers. More than a quarter of the 39 new drugs approved by the FDA in 2012 were granted orphan drug status because they were designed to treat diseases (such as mesothelioma) that affect fewer than 200,000 people a year.

Mesothelioma is an aggressive asbestos-linked cancer of internal membranes. It is considered an orphan disease because it claims the lives of about 2,500 Americans annually. The Reuters report on orphan drugs is good news for mesothelioma patients because few treatment options currently exist for them and their prognosis is often poor. By forgoing certain regulations and fees, orphan drugs can be brought to market faster and potentially benefit more people with diseases like mesothelioma.

Two of the orphan drugs approved in 2012 were mesothelioma drugs. In January, 2012, the FDA granted orphan drug status to Amatuximab, an investigational cancer drug made by Morphotek. Amatuximab is a chimeric lgG1 antibody that targets mesothelin, a compound that is overexpressed in several types of cancer, including mesothelioma. Mesothelin is a glycoprotein that has been linked to cells’ ability to seed new tumors in other parts of the body. According to the National Cancer Institute, Amatuximab has the ability to bind to the mesothelin on the surface of cancer cells and trigger an immune response against them.

In November, 2012, a synthetic peptide called CBP501 was also granted orphan drug status for the treatment of mesothelioma. Produced by the Japanese Drug company CanBas, CBP501 is believed to boost the effectiveness of cisplatin and pemetrexed, the most popular chemotherapy combination for the treatment of mesothelioma. Through enzyme modulation, the drug allows toxic platinum to build up in the tumor cells, preventing them from repairing themselves and making resistant cells more sensitive to cisplatin.

The Reuters report contains good news for drug manufacturers as well as mesothelioma patients. The orphan drug market is expanding faster than non-orphan drugs, experiencing an annual growth rate of 25.8 percent compared to 20.1 percent for non-orphan drugs. The estimated global market for orphan drugs was $50 billion at the end of 2011, despite the fact that the population of patients using them is small.

While the development of new drugs is good for mesothelioma patients, many of these new drugs are very expensive. Reuters says many healthcare experts are calling on drug companies to make the pricing of such drugs “less arbitrary” and based on more realistic estimates of future profits. Mesothelioma is one of 6,000 to 7,000 diseases that affect fewer than one percent of people.

Researchers in Iran tested the safety of a new version of the drug pemetrexed in patients with non-small cell lung cancer and malignant pleural mesothelioma. This drug is used to treat these patients when they are not able to get surgery for their cancer. The researchers were able to determine that pemetrexed is safe in patients with non-squamous non-small cell lung cancer. Treatment Choices Malignant pleural mesothelioma is a lung-related cancer like non-small cell lung cancer. It is caused by exposure to asbestos. Treatment for mesothelioma usually involves chemotherapy, radiation therapy, and surgery. Patients may receive more than one type of treatment. This is called multimodal therapy. Pemetrexed is a chemotherapy drug that interrupts the cell replication process that helps … END_OF_DOCUMENT_TOKEN_TO_BE_REPLACED