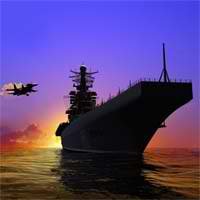 A new analysis of Baltimore shipyard workers in the 1950s and 1960s suggests that exposure to a range of toxic substances raised their risk for lung cancer, malignant mesothelioma, and early death.

Researchers with the Uniformed Services University in Maryland, the National Cancer Institute, and the US Military Academy in Westpoint, New York traced the work and health histories of more than 4,700 workers employed at the Coast Guard Shipyard in Baltimore between 1950 and 1964.

The workers were analyzed for their exposure to five different types of chemicals including solvents, lead, oils/greases, wood dust and asbestos, the leading cause of malignant mesothelioma. Their vital status was tracked through 2001.

The Impact of Asbestos Exposure

Calculating exposures using standardized mortality ratios, the research team found that all five of the chemical categories to which these workers were exposed raised their risk for pleural mesothelioma and lung cancer.

Because asbestos was so pervasive in shipyards, the researchers suggest that its presence may have skewed their efforts to independently evaluate the impact of other chemicals.

“Findings from efforts to evaluate solvents, lead, oils/greases, and wood dust in isolation of asbestos suggested that the excesses from these other exposures may be due to residual confounding from asbestos exposure,” writes author Jennifer Rusiecki, a researcher in the Department of Preventive Medicine and Biostatistics at the Uniformed Services University.

The Mesothelioma Risk of Working on Ships

Mesothelioma experts have long known that shipyards were dangerous places to work. From the 1940s to the 1980s, asbestos, a strong, non-corrosive insulator and building material impervious to heat and fire, was used throughout ships, from the engine room to the kitchen.

Coast guard workers who helped build or repair such ships, as well as those who spent months of their lives living on them, face a higher lifetime risk of pleural mesothelioma because of their exposure to asbestos dust.

Asbestos is “biopersistent”, meaning that, once the dust is inhaled, it is difficult or impossible for the lungs to expel the toxic fibers which work their way deep into the tissue over time, potentially triggering mesothelioma decades later.

In a previous cohort study of shipyard workers conducted by the same team of researchers who conducted the Coast Guard study, workers were found to have a higher risk of death from all causes, lung cancer, and mesothelioma the longer they worked in the shipyard.

Other studies have also confirmed the mesothelioma risk of long-standing asbestos exposure. A 2016 Italian study found that 192 shipyard workers diagnosed with mesothelioma had an average occupational exposure duration of 24 years, which was longer than the workers who developed lung cancer.

Because of the long latency of mesothelioma, most patients did not develop symptoms until an average of 31 years after their last asbestos exposure.

Even with modern regulations in place to protect workers from mesothelioma, shipyards remain dangerous. Although asbestos is no longer used in most shipbuilding, workers involved in dismantling decommissioned ships (called shipbreaking) may also be at risk for mesothelioma if they accidentally breathe in or ingest asbestos fibers.

In the US, Occupational Safety and Health Administration (OSHA) guidelines for safe shipbreaking in the presence of asbestos include wearing special negative-pressure respirators and limiting the time workers can spend in an asbestos-laden environment.