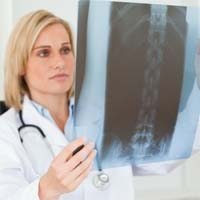 A team of Swiss doctors have added their names to the list mesothelioma experts who believe that the intense trimodal treatment approach including extrapleural pneumonectomy (EPP) is not the best choice for most patients.

Malignant mesothelioma is a cancer that starts in the membranes around organs, most often the lungs. Extrapleural pneumonectomy (EPP) is a radical surgical approach for pleural mesothelioma that includes removing not only the diseased mesothelium but also the nearest lung, other body linings, and all or part of the diaphragm. It is often preceded by chemotherapy and followed by radiotherapy.  Although this trimodal approach carries a high risk of serious complications and even death, it has resulted in long term survival for some mesothelioma patients. Even with aggressive treatment, most mesothelioma patients do not live more than 12 to 18 months after diagnosis.

To test the efficacy of the trimodal approach for mesothelioma in their own center, doctors from the University Hospital Berne in Berne, Switzerland followed the cases of 41 mesothelioma patients treated between 2000 and 2005. The patients received standard platinum-based chemotherapy with either gemcitabine or pemetrexed prior to EPP surgery. After surgery, most also received radiotherapy.

As expected, a few of the mesothelioma patients (4.8%) died from complications within a month after surgery. Seventy-one percent of patients did live for another year, but only 28% were still living at 2 years and 83% had seen a return of their tumors by then. After 5 years, only 10% of the original mesothelioma patients were still alive. The researchers saw no differences in treatment responses related to age, tumor stage, type of mesothelioma or lymph node involvement.

Observing the small numbers of patients who have durable remissions with trimodal treatment, and the many negative side effects, the Swiss team concluded that less invasive approaches such as lung-sparing pleurectomy/decortication may be a better approach for most mesothelioma patients.

Researchers in Iran tested the safety of a new version of the drug pemetrexed in patients with non-small cell lung cancer and malignant pleural mesothelioma. This drug is used to treat these patients when they are not able to get surgery for their cancer. The researchers were able to determine that pemetrexed is safe in patients with non-squamous non-small cell lung cancer. Treatment Choices Malignant pleural mesothelioma is a lung-related cancer like non-small cell lung cancer. It is caused by exposure to asbestos. Treatment for mesothelioma usually involves chemotherapy, radiation therapy, and surgery. Patients may receive more than one type of treatment. This is called multimodal therapy. Pemetrexed is a chemotherapy drug that interrupts the cell replication process that helps … END_OF_DOCUMENT_TOKEN_TO_BE_REPLACED