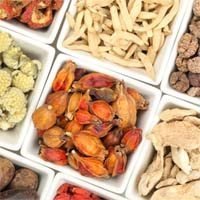 A new study suggests that a plant used for centuries in Indian Ayurvedic medicine may be a powerful weapon in the fight against deadly malignant mesothelioma.

The bioactive compound Withaferin A (WA) is isolated from the root of Withania somnifera, a plant in the nightshade family also known as Indian ginseng.  A number of previous scientific studies have found evidence to suggest that WA has anti-inflammatory, immuno-modulatory, anti-angiogenic, and anti-cancer properties.

In the latest study, published online in the open-access peer-reviewed journal PLos One, researchers at the Karmanos Cancer Institute in Detroit tested the compound in live mice (in vivo) as well as in mesothelioma cells taken from human patients (in vitro). Their objective was to determine whether WA would have an effect on mesothelioma cell growth and, if so, the molecular mechanism behind that effect.

The mice used in the study were given 5 mg/kg of WA daily, directly into the intra-peritoneal space. The study found that WA inhibited the growth of the murine (mouse) mesothelioma cells as well as the growth of those derived from human patients. The WA seemed to work, in part, by modulating the levels of certain regulatory proteins involved the cell life cycle. WA also suppressed mesothelioma growth by increasing the rate of apoptosis (cell death). Finally, gene-array based analyses found that WA suppressed a number of genes that promote cell growth and metastasis.

In a summary of their findings for PLoS One, the research team concludes “Together, our in vitro and in vivo studies suggest that WA suppresses malignant pleural mesothelioma growth by targeting multiple pathways that include blockage of proteasome activity and stimulation of apoptosis, and thus holds promise as an anti-MPM agent.”

Double-blind, placebo-controlled human trials would have to take place before any WA-based mesothelioma treatment could be sanctioned by the FDA and used to treat patients. As always, patients should consult their healthcare professional before using any type of supplement.

Yang, H, “Withaferin A inhibits the proteasome activity in mesothelioma in vitro and in vivo”, August 17, 2012, PLoS One online, Epub ahead of print.

A new study published in Thoracic Cancer discussed the impact of COVID‐19 pandemic on new mesothelioma diagnoses in Italy. Malignant mesothelioma is a rare disease of great interest to the scientific community and to public health. This is due to its high lethality and its association with asbestos exposure. The timely diagnosis of mesothelioma is important. Although it may not change the prognosis of the disease, it can help in treatment strategies. It can also help in documenting previous exposure to asbestos. This can contribute to any request for compensation. New Study Shows Promising Results During the COVID-19 pandemic, there was a delay in the diagnosis of oncological diseases. This was because many departments were converted into COVID wards. And … END_OF_DOCUMENT_TOKEN_TO_BE_REPLACED