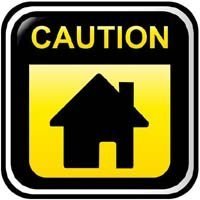 Researchers say continual surveillance for incidents of mesothelioma in the population can turn up some unexpected sources of asbestos exposure, including the home.

Asbestos is the primary cause of mesothelioma, a virulent cancer that attacks the linings around organs and can quickly become debilitating. Most mesothelioma patients were first exposed to asbestos on the job, either in construction or in an industrial setting. For decades, asbestos was used in multiple building products and various insulating materials for its strength and heat resistance.

But the job site is not the only place where people might encounter asbestos, as Italian researchers found out when they analyzed nationwide mesothelioma data.  Their study, the results of which were recently published in the medical journal Epidemiology and Prevention, examined the cases of 15,845 malignant mesothelioma patients from across Italy. Patients in the study were diagnosed between 1993 and 2008. The patients, which included both men and women, had a mean age at diagnosis of 69. Most (93%) had the pleural form of mesothelioma which affects the lungs.

Among the cases studied, the source of asbestos exposure was identified in 12,065 of them. Not surprisingly, the median latency time for development of mesothelioma was 46 years. But the most surprising finding was the fact that many of the mesothelioma cases stemmed from current, ongoing asbestos exposure of which patients were apparently unaware.

The researchers explained, “In addition to clusters of malignant mesothelioma cases in activities well known to entail asbestos use, different current exposure circumstances requiring intervention have been evidenced.” In other words, there were mesothelioma patients who were unaware of the danger they were in from asbestos in their home or environment and needed help to get away from it. The researchers say their results support the ongoing nationwide epidemiological surveillance of mesothelioma and other occupational cancers to “foster synergies” within the compensation system.

Because it was mined and used in multiple applications for decades, asbestos is still present, even though its use is banned in many countries and restricted in others. Many older homes are constructed with asbestos insulation, built with asbestos joint compounds and tape or even asbestos-containing cement. Floor and ceiling tiles are another common place to find asbestos. While it is not considered a mesothelioma risk when intact, deteriorating asbestos can be very dangerous.

The MESOMICS project is the most comprehensive dataset of mesothelioma genomics to date. The data in this resource can help researchers to design precision treatments for mesothelioma patients This project was created by an international collaboration between scientists from France, Chile, and the United States. Understanding Diagnosis Malignant pleural mesothelioma is a rare cancer caused by asbestos exposure. There are approximately 2,000 cases of mesothelioma diagnosed in the United States alone every year. Because it is so rare, the treatment options are very limited compared to other types of cancer. The limited treatment options combined with the cancer’s ability to spread without being noticed makes mesothelioma a deadly disease. Median overall survival for mesothelioma patients is a little over a … END_OF_DOCUMENT_TOKEN_TO_BE_REPLACED