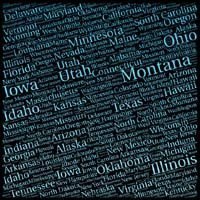 The city of Paterson, New Jersey is facing hundreds of thousands of dollars in fines for putting city workers at risk for deadly mesothelioma and other asbestos related diseases.

Asbestos is the primary cause of malignant mesothelioma, an aggressive cancer. Workers exposed to the asbestos now face an increased lifetime risk of developing mesothelioma. Paterson could face fines of $4,500 per day for each OSHA violation unless it complies with state safety requirements.

In Utah, a Federal Court has rejected the so-called “every exposure” theory in the case of a mechanic with mesothelioma. The man claimed that his mesothelioma was triggered by exposure to brake dust from the defendant’s asbestos brakes. Although his lawyer brought in a physician to testify that any amount of asbestos exposure could cause mesothelioma, the court rejected the idea as “inadmissible speculation that is devoid of responsible scientific support.” The decision may make it more difficult for future mesothelioma patients to be compensated for their injuries.

Finally, in Missouri, mesothelioma victims can expect larger payouts from the court in cases of employer liability if Senate Bill 1 is passed. The bill would require mesothelioma to be covered under worker’s compensation benefits. The bill also contains provisions to ensure that patients with mesothelioma, asbestosis and eight other toxic exposure diseases are entitled to extra compensation. Employers would be required to pay, in lump sum, 300 percent of the state’s average weekly wage for 191 weeks. Missouri Governor Jay Nixon, whose family has been affected by mesothelioma, is expected to sign the bill.

Researchers in Iran tested the safety of a new version of the drug pemetrexed in patients with non-small cell lung cancer and malignant pleural mesothelioma. This drug is used to treat these patients when they are not able to get surgery for their cancer. The researchers were able to determine that pemetrexed is safe in patients with non-squamous non-small cell lung cancer. Treatment Choices Malignant pleural mesothelioma is a lung-related cancer like non-small cell lung cancer. It is caused by exposure to asbestos. Treatment for mesothelioma usually involves chemotherapy, radiation therapy, and surgery. Patients may receive more than one type of treatment. This is called multimodal therapy. Pemetrexed is a chemotherapy drug that interrupts the cell replication process that helps … END_OF_DOCUMENT_TOKEN_TO_BE_REPLACED