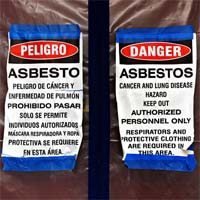 Workers and their families have won a victory in Pennsylvania after the state Supreme Court ruled that they could sue former employers over late-manifesting industrial diseases like mesothelioma.

The decision focused on a provision in Pennsylvania’s Workers’ Compensation Act that says workers cannot sue an employer if their occupational disease occurred more than 300 weeks after their on-the-job exposure. While many occupational injuries and diseases occur within weeks or months of exposure to a toxin, asbestos diseases like mesothelioma are a notable exception. Believed to be caused by chronic irritation from inhaled or ingested asbestos fibers, mesothelioma does not usually begin to cause symptoms until at least a decade after exposure.

Expressing the opinion of the majority, Supreme Court Justice Debra Todd said it was “inconceivable that the legislature,  in enacting a statute specifically designed to benefit employees, intended to leave a certain class of employees who have suffered the most serious of work-related injuries without any redress under the act or at common law.” The decision overturns recent Superior Court decisions which upheld the 300-week provision.

In an online article on the decision, Pennsylvania attorney Anne Kane says the case of Tooey v. AK Steel Corp., et al, “has far-reaching implications for Pennsylvania employers whose operations may expose employees to alleged causes of an ‘occupational disease’” such as mesothelioma. Such employers may have thought the Worker’s Compensation Act made them immune to mesothelioma lawsuits like Tooey’s but Kane suggests they review their company insurance programs in light of the new decision.

Pennsylvania has one of the highest rates of mesothelioma of any state due, in part, to its long history of asbestos mining. The state was also home to shipbuilding operations, another industry with a high rate of asbestos exposure and mesothelioma deaths. Mesothelioma is an extremely rare cancer, even among those who have been exposed to asbestos.

A new French case report shines a spotlight on a little-known potential complication of mesothelioma immunotherapy: celiac disease.  Celiac disease is a chronic digestive and immune disorder brought on by sensitivity to gluten. Over time, celiac disease damages the small intestine causing long-lasting digestive problems. It can prevent patients from getting the nutrients they need to stay healthy.  The new case report appears in Frontiers in Immunology. It details the case of a 70-year-old man who developed celiac disease after treatment with nivolumab. The case suggests that celiac disease may be an underrecognized side effect of mesothelioma immunotherapy. It is a reminder for mesothelioma patients and doctors to pay close attention to digestive problems after treatment.  Stimulating the Immune System … END_OF_DOCUMENT_TOKEN_TO_BE_REPLACED