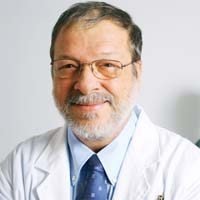 The combination of pleurectomy/decortication, hyperthermic pleural lavage and adjuvant chemotherapy is an effective alternative to more traditional mesothelioma treatment combinations. So say the London scientists who tested the method on 36 mesothelioma patients over a five-and-a-half year period.

The mesothelioma patients were all treated at a London hospital between October 2004 and May 2010. Each patient first underwent pleurectomy/decortication, a surgical method for removing as many malignant mesothelioma tumor cells as possible. The method is considered by many to be a safer alternative to the more extensive surgery called extrapleural pneumonectomy, which involves removing a lung and part of the diaphragm.

Before their surgical wounds were closed, each patient’s chest cavity was rinsed with a warmed povidone-iodine solution, designed to help kill remaining cancer cells. After surgery, each mesothelioma patient was administered chemotherapy and a palliative dose of radiation. Patients were reviewed at 4 weeks and then 6 months with PET-CT scans. Patients who did not respond to the first round of treatments got second-line treatment, too.

In summarizing their findings, the study’s authors wrote, “The multimodality treatment compares favorably with classical trimodality regimens involving chemotherapy, extrapleural pneumonectomy, and adjuvant radiotherapy, in our experience.” But they also point out the limitations of this study, including the small number of mesothelioma patients and the fact that their selection was neither random nor unbiased. The study was published in a recent issue of the Journal of Thoracic Oncology, an international medical journal.