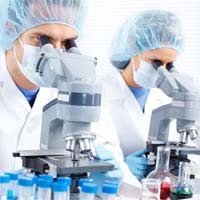 Mesothelioma is a deadly cancer of the internal membranes that line the chest and abdomen and encase the heart. Once cancer has started on these membranes, it is extremely difficult to keep it from spreading to nearby organs. Conventional therapies, including chemotherapy and radiotherapy, have little effect on mesothelioma.

Now, two new studies out of Japan say there may be a way to change that. One study reports on an agent that may improve the cancer-killing power of radiotherapy. The other focused on the use of viruses to enhance the power of standard chemotherapy.

For the radiotherapy study, researchers in the Department of Thoracic Surgery at Okyama University examined the impact of manipulating microRNA molecules inside cells. In a previous study, the same team demonstrated that silencing of microRNA-34b/c played a role in the growth and development of mesothelioma cells. For the most recent study, they restored microRNA-34 b/c and found that it made the mesothelioma cells more sensitive to radiation.

“Our results indicate that miR-34b/c enhances radiosensitivity by promoting radiation-induced apoptosis,” the study’s authors report in Anticancer Research. They conclude that miR-34b/c “might be a useful therapeutic molecule to enhance radiotherapy in malignant pleural mesothelioma.”

A second multi-center Japanese study on chemotherapy found that a particular adenovirus could interrupt the cell cycle of mesothelioma cells when combined with the chemotherapeutic agent cisplatin. Naturally occurring adenoviruses were first isolated in 1953 and account for 5 to 10% of upper respiratory infections in children. For their study, Japanese researchers first removed a gene from the adenovirus Ad-delE1B55 so that it would not cause respiratory infection.

They then combined the Ad-delE1B55 adenovirus with cisplatin or pemetrexed (two first-line chemotherapeutic agents for mesothelioma) with mesothelioma cells in the lab. The result was a clear antitumor effect. The adenovirus appears to activate apoptotic pathways (natural cell death) within mesothelioma cells, making them more susceptible to chemotherapy. Most encouraging is the fact that that the virus seemed to have the same positive impact on chemotherapy effectiveness in animal models. The team called the oncolytic adenovirus a “potential therapeutic for mesothelioma”.  Their study appears in a recent issue of the Journal of Thoracic Oncology.

Researchers around the globe continue to work on the problem of mesothelioma. The World Health Organization estimates that the asbestos-linked disease claims as many as 90,000 lives each year.

The MESOMICS project is the most comprehensive dataset of mesothelioma genomics to date. The data in this resource can help researchers to design precision treatments for mesothelioma patients This project was created by an international collaboration between scientists from France, Chile, and the United States. Understanding Diagnosis Malignant pleural mesothelioma is a rare cancer caused by asbestos exposure. There are approximately 2,000 cases of mesothelioma diagnosed in the United States alone every year. Because it is so rare, the treatment options are very limited compared to other types of cancer. The limited treatment options combined with the cancer’s ability to spread without being noticed makes mesothelioma a deadly disease. Median overall survival for mesothelioma patients is a little over a … END_OF_DOCUMENT_TOKEN_TO_BE_REPLACED