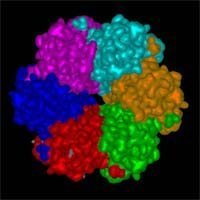 Malignant mesothelioma is on the rise around the world.  As with many cancers, early detection is the key to survival and better quality of life for patients.  Now, a group of Japanese researchers is paving the way for a laboratory test that could help doctors identify the disease – and start aggressive treatment – earlier.

Writing in the journal, Modern Pathology, the researchers explain how a protein called CD146 can serve as a biomarker for mesothelioma.  The protein has already been shown to be present in patients with advanced malignant melanoma, prostate cancer and ovarian cancer.  Now, for the first time, researchers have also identified its presence in the lung fluid of mesothelioma patients.

Caused exclusively by exposure to asbestos, mesothelioma is notoriously difficult to diagnose.  Its symptoms, which can include shortness of breath and coughing, can mimic many other diseases and even CT scans are often not definitive. As a result, some cases of mesothelioma are not identified until the disease is in its advanced stages and treatment options are limited. The Japanese researchers wrote “We propose that CD146 is a sensitive and specific immunocytochemical marker enabling differential diagnosis of malignant pleural mesothelioma from reactive mesothelium.”

According to the World Health Organization, mesothelioma claims the lives of 100,000 people around the world annually and The National Cancer Institute reports that 2,500 to 3,000 of those deaths occur in the U.S.  Conventional treatments, including chemotherapy, radiation and surgery have not been shown to dramatically prolong survival. Although promising new treatments are under investigation, their success may hinge on the earliest possible detection of the disease.

A new study published in Thoracic Cancer discussed the impact of COVID‐19 pandemic on new mesothelioma diagnoses in Italy. Malignant mesothelioma is a rare disease of great interest to the scientific community and to public health. This is due to its high lethality and its association with asbestos exposure. The timely diagnosis of mesothelioma is important. Although it may not change the prognosis of the disease, it can help in treatment strategies. It can also help in documenting previous exposure to asbestos. This can contribute to any request for compensation. New Study Shows Promising Results During the COVID-19 pandemic, there was a delay in the diagnosis of oncological diseases. This was because many departments were converted into COVID wards. And … END_OF_DOCUMENT_TOKEN_TO_BE_REPLACED