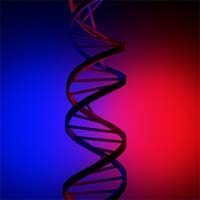 Researchers at Shandong University in China have pinpointed the connection between low levels of the protein NUMB and a poor mesothelioma prognosis.

NUMB is known to act as an anticancer protein in part by binding to the tumor suppressor p53 and preventing its breakdown. Low levels of the NUMB protein have been linked to several types of cancer.

In the latest study, published in Oncology Reports, researchers measured the expression of NUMB in 39 tissue samples of epithelioid mesothelioma. The results were compared using immunohistochemistry (protein testing) to 22 normal pleural tissues. NUMB was found to be significantly lower in the mesothelioma cells and the tissue samples with the lowest expression of NUMB were associated with the poorest prognosis.

At the same time, overexpression of NUMB seemed to have just the opposite effect. When the research team artificially boosted NUMB levels in mesothelioma cells in the lab, it significantly impacted their ability to proliferate and promoted apoptosis (natural cell death).  Having extra NUMB conferred another benefit on cancer cells: They became more sensitive to cisplatin, one of the primary chemotherapy drugs used to fight mesothelioma.

The research suggests that, as it does in other cancers, NUMB may play a role in the development of epithelioid mesothelioma.  NUMB overexpression not only activated cancer-fighting antibodies, but also appeared to decrease levels of two apoptosis inhibitors, XIAP and survivin, which are highly expressed in many tumors.

The researchers say their data suggest that NUMB could potentially be used to fight mesothelioma, an aggressive and hard-to-treat malignancy. In the future, doctors may deliberately boost NUMB expression in mesothelioma cells prior to administering cisplatin chemotherapy in order to increase its effectiveness.

Certain types of biomarkers can help doctors predict the best chemotherapy treatment for patients with malignant pleural mesothelioma. Researchers from Cairo University in Egypt looked at 91 mesothelioma patients. They tested two different chemotherapy drug combinations: pemetrexed plus cisplatin and gemcitabine plus cisplatin. FDA Approved Treatment Options Mesothelioma is a rare cancer caused by asbestos and standard therapies are limited. Most mesothelioma patients have chemotherapy as their first-line treatment. If they are healthy enough, they may also have surgery or radiation therapy. Chemotherapy is a group of toxic drugs that kill cells by damaging their DNA. As of this writing, the only FDA approved chemotherapy for malignant pleural mesothelioma is a combination of pemetrexed and cisplatin. Gemcitabine is not an … END_OF_DOCUMENT_TOKEN_TO_BE_REPLACED