Home / News / P/D for Mesothelioma: Are the Studies Accurate? 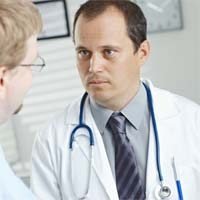 But, as the Australian researchers found in their mesothelioma analysis, the varying degrees of P/D can make it difficult to accurately compare the method to the more extensive lung-removing surgery or even to get an accurate picture of P/D outcomes. Extended or ‘radical’ P/D involves removing the entire pleural lining, while partial P/D involves removing only part of it.

The new analysis looked at 34 P/D studies involving 1,916 mesothelioma patients. The studies were all conducted between 1985 and 2012. Twelve of them involved ‘extended P/D’, 8 of them did not distinguish which P/D method was used, and 14 studies focused on ‘partial P/D’. Mortality rates after the surgery ranged from 0% to 11% and the complication rates ranged from 13% to 43%. The median overall survival of mesothelioma patients after P/D was 7.1 to 31.7 months.

Although the differences in P/D techniques among the different mesothelioma studies made it challenging to draw accurate conclusions, the authors did find a trend toward more complications and longer hospital stays among patients who had ‘extended P/D’. At the same time, they found that “overall and disease-free survival appeared to favor ‘extended P/D’ compared to less aggressive techniques”. They recommend that future studies on P/D adhere to one definition of the surgery, to get a more accurate picture of its success.

Mesothelioma experts around the world remain divided over which method is best for mesothelioma patients – lung-removing extrapleural pneumonectomy (EPP) or lung-sparing P/D. EPP is extensive and carries a high risk of complications and death. However, some studies suggest that its survival rates are better than P/D. Standardizing what is meant by ‘P/D’ for study purposes could help scientists in their efforts to compare the two surgical approaches in the future.

The MESOMICS project is the most comprehensive dataset of mesothelioma genomics to date. The data in this resource can help researchers to design precision treatments for mesothelioma patients This project was created by an international collaboration between scientists from France, Chile, and the United States. Understanding Diagnosis Malignant pleural mesothelioma is a rare cancer caused by asbestos exposure. There are approximately 2,000 cases of mesothelioma diagnosed in the United States alone every year. Because it is so rare, the treatment options are very limited compared to other types of cancer. The limited treatment options combined with the cancer’s ability to spread without being noticed makes mesothelioma a deadly disease. Median overall survival for mesothelioma patients is a little over a … END_OF_DOCUMENT_TOKEN_TO_BE_REPLACED