Home / News / Peritoneal Mesothelioma Survival May Depend on Cancer Location 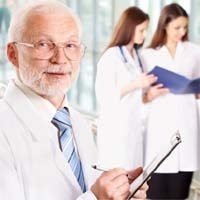 Doctors in Greece believe they have found a more effective way to predict prognosis and perhaps extend the lives of people with peritoneal mesothelioma and other cancers affecting the peritoneum. It is based around a system than maps the location of cancer within the abdomen.

Peritoneal mesothelioma is a rare form of one of the rarest cancers. Caused almost exclusively by asbestos exposure, peritoneal mesothelioma starts on the lining that surrounds the abdominal organs. A combination treatment of surgery followed by a wash of heated chemotherapy (HIPEC) through the abdomen is considered the gold standard therapy.

Now, surgical oncologist John Spiliotis of the Metaxa Cancer Hospital in Piraeus, Greece along with colleagues in Greece and the US say the location of the tumor, as well as the areas into which it has spread, may be one of the best predictors of how patients will respond to treatment.

The study involved 140 patients with various types of peritoneal malignancies including mesothelioma. Patients were all treated with the combination therapy of cytoreductive surgery and HIPEC between 2007 and 2013. The researchers assessed the extent and location of each person’s tumor using the Peritoneal Cancer Index (PCI) score.

The team found that having mesothelioma in certain areas of the abdomen was associated with longer-term survival, while cancer in other areas predicted worse outcomes. Summarizing the findings in a European medical journal, Dr. Spiliotis writes, “The PCI remains the most important factor concerning the long-term survival. Prognosis varies not only depending on how many peritoneal areas are involved but also on the location of the primary tumor.”

The areas of cancer most likely to be associated with more favorable mesothelioma outcomes were the epigastrium (upper middle area of abdomen), the left flank, and the area just under the left flank.  Mesothelioma patients and others with cancer in these regions did better with treatment and lived longer than those with peritoneal metastases near the upper part of the small intestine.

A Canadian study found that tracking trends in mesothelioma at the local level can help officials predict future mesothelioma cases. Most mesothelioma tracking efforts focus on the national scale and monitor cases across a country or region. This study, published in Cancer Causes and Control, looked at mesothelioma cases based on industrial sources of asbestos in Ontario and British Columbia. Growing Number of Cases Asbestos is a toxic material that is used in many commercial and industrial products. It’s durability and heat resistance made it very popular in products like construction materials, textiles, and vehicles. Mesothelioma is a deadly cancer caused by exposure to asbestos. It was first identified as a cancer-causing material in 1977 by the International Agency for … END_OF_DOCUMENT_TOKEN_TO_BE_REPLACED