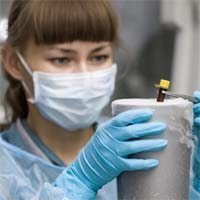 A protein that helps to regulate the life cycle of cells appears to have a direct bearing on mesothelioma treatment response and survival.

A team of doctors in Ireland and Italy measured the expression of the tumor suppressor protein p16/INK4A in tumor biopsy specimens from 88 pleural mesothelioma patients. P16 plays an important role in cell cycle regulation, slowing down the progression of cells from the first phase, during which cells make mRNA and proteins, to the S1 phase during which DNA is replicated.

The team found that the greater the expression of p16, the better the odds of mesothelioma survival. At the same time, mesothelioma patients with lower p16 levels were less likely to have a positive outcome.

“Those cases with intermediate or high p16/INK4A tumour expression had a significantly better post-diagnosis survival than those cases whose tumours lost p16 expression,” writes Cormac J. Jennings of Beaumont Hospital in Dublin, Ireland.

According to the research, not only did high p16 appear to help keep mesothelioma tumors from growing as quickly, but it also made them more susceptible to the effects of chemotherapy. Mesothelioma patients with the highest p16 levels who had chemotherapy lived longer than patients whose tumors had lost p16 expression, even if they also had chemotherapy.

P16 levels in mesothelioma tissue samples are measured using a type of testing called immunohistochemistry. P16 deletion or mutation has been associated with poor survival in a number of other cancers including melanoma and cervical cancer.

Researchers in Iran tested the safety of a new version of the drug pemetrexed in patients with non-small cell lung cancer and malignant pleural mesothelioma. This drug is used to treat these patients when they are not able to get surgery for their cancer. The researchers were able to determine that pemetrexed is safe in patients with non-squamous non-small cell lung cancer. Treatment Choices Malignant pleural mesothelioma is a lung-related cancer like non-small cell lung cancer. It is caused by exposure to asbestos. Treatment for mesothelioma usually involves chemotherapy, radiation therapy, and surgery. Patients may receive more than one type of treatment. This is called multimodal therapy. Pemetrexed is a chemotherapy drug that interrupts the cell replication process that helps … END_OF_DOCUMENT_TOKEN_TO_BE_REPLACED