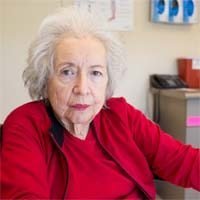 A minimally-invasive surgical technique that uses plasma energy to destroy diseased pleural tissue may be a safer alternative for mesothelioma patients who would not otherwise be candidates for surgery.

Doctors at Harefield Hospital in the UK are reporting good results and no serious side effects from using the PlasmaJet Surgical System to operate on a patient with malignant pleural mesothelioma.

PlasmaJet uses the energy of ionized gas, called plasma, to dissect, vaporize, and seal fragile tissues through small incisions with no cutting. The UK team believes it may be a viable option for patients with advanced mesothelioma or those with other health problems that would make conventional surgery too risky.

Mesothelioma Surgery Not for Every Patient

Pleural mesothelioma grows on the membrane that surrounds the lungs. A number of studies have suggested that surgically removing as much of the tumor as possible can improve mesothelioma survival and/or decrease symptoms.

But experts disagree on what kind of surgery is best. The most radical procedure, extrapleural pneumonectomy (EPP), involves removing a lung along with other diseased tissues. Pleurectomy with decortication (P/D) is an alternative that leaves the lungs intact but is still a major surgery. Both techniques are risky and lengthy and often require significant time to recover.

As a result, experts do agree that they are usually not recommended for mesothelioma patients with large tumors or those who are not in good overall health.

PlasmaJet as a Surgical Alternative?

Doctors at Harefield Hospital say the PlasmaJet ablation technique may be another option for mesothelioma patients who are not good candidates for EPP or P/D.

PlasmaJet uses plasma energy to destroy tumor tissue without cutting. It is performed through small incisions under video guidance, so it is less traumatic for the body, allowing patients to recover faster.

“We consider video-assisted PlasmaJet ablation to potentially have a role in mesothelioma surgery, as it may be used for effective cytoreduction while minimising the risk for complications often associated with extensive pleurectomy procedures,” write the authors of a new paper on the procedure in the Journal of Visualized Surgery.

After using the PlasmaJet system to manage a patient with malignant pleural mesothelioma, the UK team reports that it was safe and caused no “major adverse events”. They conclude, “We feel justified in offering the procedure to more of our patients as we aim to collect additional data.”

The PlasmaJet Surgery System is a product of Atlanta-based Plasma Surgical, which has offices and distributorships around the world.

The MESOMICS project is the most comprehensive dataset of mesothelioma genomics to date. The data in this resource can help researchers to design precision treatments for mesothelioma patients This project was created by an international collaboration between scientists from France, Chile, and the United States. Understanding Diagnosis Malignant pleural mesothelioma is a rare cancer caused by asbestos exposure. There are approximately 2,000 cases of mesothelioma diagnosed in the United States alone every year. Because it is so rare, the treatment options are very limited compared to other types of cancer. The limited treatment options combined with the cancer’s ability to spread without being noticed makes mesothelioma a deadly disease. Median overall survival for mesothelioma patients is a little over a … END_OF_DOCUMENT_TOKEN_TO_BE_REPLACED