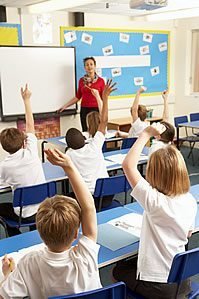 A new government report has some sobering news for teachers and students in England: Nearly 20 percent of schools may be failing to adequately protect them from asbestos, the primary cause of malignant pleural mesothelioma.

The asbestos management report, issued by the Education Funding Agency, is based on data collected online from more than 5,500 schools in 2016.

It offers a disturbing view of mesothelioma risk among England’s teachers and students due to poor management of the deadly toxin.

Before asbestos was linked to illnesses like malignant mesothelioma, lung cancer, and asbestosis in the 1960s it was prized as a cheap, plentiful, and effective insulation and building material.

During the rebuilding in England after World War II, public buildings, houses, and many schools were built using asbestos-containing building products and insulation. Although some of those buildings have been replaced, many others are still standing. According to the EFA report, 4,646 of the schools that participated in the survey said that asbestos was present in their building.

As asbestos deteriorates, it must be carefully managed to reduce the risk of mesothelioma that comes from inhaling the dust. Safety regulations designed to minimize mesothelioma risk among teachers and students include inspecting and sealing up areas where deteriorating asbestos is present so it cannot become airborne.

But, according to the report, “Around 20 percent [of schools] were not fully compliant in that they did not have fully documented plans, processes, and procedures in place at the time of the data collection or did not know if asbestos was present.”

Unfortunately, the UK is not alone in its school asbestos problem. Most US school buildings built before 1981 contain mesothelioma-causing asbestos, according to NIOSH.

In the early 1980s, in the wake of an assessment of 2,600 public schools, the US Environmental Protection Agency (EPA) determined that asbestos in school buildings “poses a significant hazard to public health.”

Under the Asbestos Hazard Emergency Response Act that followed in 1986, US public school districts are required to carry out regular asbestos inspections, have an asbestos management plan in place, and train custodial staff in asbestos awareness.

But according to Asbestos Nation, a website run by the lobbying group EWG Action Fund, little is being done to ensure that schools comply. In the meantime, thousands of students and teachers could be at higher risk for contracting deadly malignant mesothelioma.

Staff and students in older schools can help reduce their own risk for mesothelioma by taking some simple precautions.

The English report recommends that teachers avoid using pushpins in walls where asbestos might be present to avoid releasing dust. In addition, exposed insulation should never been touched and should be promptly reported to school administrators.

Study respondents whose asbestos management plans fell short of recommendations were advised on how to bring their schools into compliance to minimize the incidence of mesothelioma and other asbestos-related illnesses.

A new study from the University of Sydney showed that cannabis had some anti-cancer effects in mesothelioma. Parts of the marijuana plant have been used for centuries to treat a wide variety of ailments. This includes cancers like pleural and peritoneal mesothelioma and cancer-related pain. We have all heard of medical marijuana. Various states have either legalized its use for specific patients. Many are reviewing its legality for various diseases. Cannabis and Mesothelioma Survival Mesothelioma is a deadly disease with few treatment options. Alternative treatments consist of any approach considered non-conventional. This may include herbs, vitamins, minerals, and other natural non-toxic supplements. When used with conventional approaches, these alternative modalities are often called “complementary.” Surveys suggest that over 70% of … END_OF_DOCUMENT_TOKEN_TO_BE_REPLACED