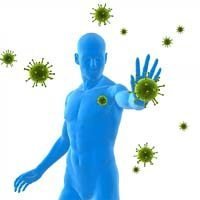 That news comes from a team of Spanish researchers presenting their new findings at the European Society of Medical Oncology (ESMO) Conference in Barcelona, Spain.

The protein, called PD-L1 or programmed cell death ligand 1, is part of an immune system pathway that acts to suppress the body’s natural anti-tumor immune response, preventing the body from attacking the cancer. It appears to play a central role in how tumors invade and spread and has been linked to prognosis in several other types of cancer. The new report is the first to link PD-L1 with mesothelioma survival.

Dr. Susana Cedres and her colleagues with Vall d’Hebron Institute Oncology in Barcelona tested for PD-L1 expression in tissue samples from 119 mesothelioma patients. Patients were treated between November 2002 and February 2014. Most (71.4%) were men and the median age was 69. The presence and level of PD-L1 expression was compared to how long each patient lived.

The team found that patients with the highest levels of PD-L1 had the shortest overall survival – an average of 11 months shorter than mesothelioma patients whose cells did not express the protein. About 20% of malignant pleural mesothelioma patients tested were positive for the protein. PD-L1 expression did not appear to be dependent on gender, smoking habits, asbestos exposure or disease stage.

“The results of our study could offer new treatment to this population of patients, identifying a subset of malignant pleural mesothelioma who expressed PD-L1 and could be treated with targeted therapies to PD-L1,” Cedres said. The team is recommending that PD-L1 be further evaluated as a possible target for immunotherapy.

Many top mesothelioma researchers believe that immunotherapy, which involves manipulating a patient’s immune system, represents the best hope for the treatment of mesothelioma and other intractable cancers.

Researchers in Iran tested the safety of a new version of the drug pemetrexed in patients with non-small cell lung cancer and malignant pleural mesothelioma. This drug is used to treat these patients when they are not able to get surgery for their cancer. The researchers were able to determine that pemetrexed is safe in patients with non-squamous non-small cell lung cancer. Treatment Choices Malignant pleural mesothelioma is a lung-related cancer like non-small cell lung cancer. It is caused by exposure to asbestos. Treatment for mesothelioma usually involves chemotherapy, radiation therapy, and surgery. Patients may receive more than one type of treatment. This is called multimodal therapy. Pemetrexed is a chemotherapy drug that interrupts the cell replication process that helps … END_OF_DOCUMENT_TOKEN_TO_BE_REPLACED