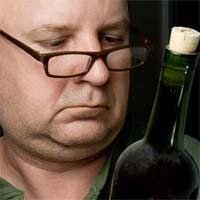 Italian researchers are reporting the first case of mesothelioma in a person whose only known exposure to asbestos was in the winemaking business.

The man worked for an Italian winemaker from 1960 to 1988. According to the authors of the new report, the winemaker treated the wine for impurities using a filter made of asbestos. As authors Alessandro Nemo and Stefano Silvestri of Florence’s Institute for Study and Prevention of Cancer explain, “The filter was created by dispersing in the wine asbestos fibers followed by diatomite while the wine was circulating several times and clogging a prefilter made of a dense stainless steel net.”

Drs. Nemo and Silvestri report that the asbestos exposure which probably triggered the man’s mesothelioma could have occurred during the mixing of dry chrysotile asbestos fibers into the wine as well as during the filter replacement. The researchers had to estimate the average level of the patient’s exposure and the cumulative dose since winemakers do not typically monitor airborne asbestos fibers.

Four of these cases reported using asbestos filters, but all four of those mesothelioma patients had also worked in other jobs that exposed them to asbestos, so no direct correlation could be made between their winemaking exposure and their illness. The authors of the current study, published in The Annals of Occupational Hygiene, conclude, “For the information hitherto available, this is the first mesothelioma case with exclusive exposure in the job of winemaking.”

The case highlights the pervasiveness of asbestos, a naturally occurring mineral once used in dozens of industries. The majority of mesothelioma cases are linked to occupational exposure, but asbestos continues to pose a threat to laypeople as an insulator in older homes and public buildings, as a component of automobile brake pads, and even as part of road gravel dust in some states.

Nemo, A & Silvestri, S, “Mesothelioma in a Wine Cellar Man: Deatiled Descriptin of Working Procedures and Past Asbestos Exposure Estimation”, October 8, 2014, Annals of Occupational Hygiene, Epub ahead of print

The MESOMICS project is the most comprehensive dataset of mesothelioma genomics to date. The data in this resource can help researchers to design precision treatments for mesothelioma patients This project was created by an international collaboration between scientists from France, Chile, and the United States. Understanding Diagnosis Malignant pleural mesothelioma is a rare cancer caused by asbestos exposure. There are approximately 2,000 cases of mesothelioma diagnosed in the United States alone every year. Because it is so rare, the treatment options are very limited compared to other types of cancer. The limited treatment options combined with the cancer’s ability to spread without being noticed makes mesothelioma a deadly disease. Median overall survival for mesothelioma patients is a little over a … END_OF_DOCUMENT_TOKEN_TO_BE_REPLACED