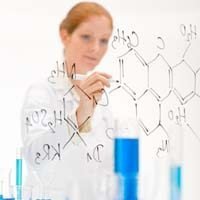 Last week, the FDA announced the approval of a new orphan drug for the treatment of malignant pleural mesothelioma. According to drug manufacturer MTG Biotherapeutics, MTG-201 is an “advanced biologic therapy” that targets a particular gene defect present in cancer cells. This defect prevents cells from producing a protein that is critical in apoptosis or programmed cell death. Without it, mesothelioma cells are free to replicate out of control and migrate to others parts of the body.

MTG-201 also appears to trigger the immune system to produce mesothelioma-fighting T-cell lymphocytes that can target and destroy residual cancer cells. The two mechanisms together give it the potential to help combat mesothelioma in a new and potentially more effective way than conventional therapies.

“There is a significant need for new treatment options for patients with mesothelioma given this is one of the most aggressive and poorly treated cancers,” says MTG President and CEO Richard Lowenthal.

But what will the news really mean for current mesothelioma patients?

While the new designation for MTG-201 will give some mesothelioma patients the opportunity to participate in the planned new Phase I clinical trial, it does not mean that the drug will be on pharmacy shelves any time soon. Just like other drugs, MTG-201 will still need to be tested to establish its safety and efficacy in people and to establish the best dosing recommendations.

MTG-201 is already in clinical development for the treatment of prostate cancer and is also being investigated for the treatment of liver and bladder cancers. According to the company, it will likely be used in combination with other types of drugs, such as CTLA-4 inhibitors, for the greatest likelihood of mesothelioma response.

The orphan drug designation is given by the FDA to pharmaceuticals designed to treat diseases that affect fewer than 200,000 people and which might have difficulty finding development  funding. It is intended to remove some of the barriers that might slow down the process of bringing these new drugs to market. Mesothelioma, which is directly linked to asbestos exposure, is diagnosed in about 2,500 Americans each year.

PR Newswire, “MTG Biotherapeutics Announces that MTG-201 was Granted Orphan Drug Designation by the US FDA for the Treatment of Malignant Mesothelioma”, August 21, 2015

A new study out of India shared new findings on the most accurate way to diagnose mesothelioma. Malignant peritoneal mesothelioma (MPM) is a rare type of cancer. The peritoneum is the membrane that lines your abdominal cavity. MPM forms in this lining and spreads within the abdominal cavity. Mesothelioma is caused by exposure to asbestos. MPM is likely caused by ingesting asbestos that become stuck in the abdomen. It can take up to 50 years for MPM to form and cause symptoms after asbestos exposure. It can be hard for doctors to diagnose MPM. This is because MPM is so rare and the symptoms often look like more common diseases. A delayed diagnosis leads to delayed treatment and a lower … END_OF_DOCUMENT_TOKEN_TO_BE_REPLACED