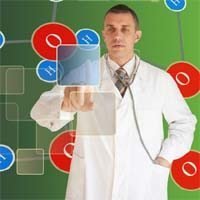 Most mesothelioma patients will undergo chemotherapy at some point, whether in preparation for surgery or as a treatment by itself. New research conducted in Italy suggests that it may be possible to make that chemotherapy more effective by manipulating proteins in the cancer cells.

Researchers at Salento University in Milan focused on the role of protein kinase C (PKC), a family of enzymes that influence important cellular processes, including the process of apoptosis or programmed cell death. They found that different variations or isoforms of PKCs have different reactions to the popular mesothelioma drug cisplatin, and that those reactions might be controlled.

The theory was tested on a line of human mesothelioma cells grown in the laboratory. The cells were treated with cisplatin at various concentrations and for different lengths of time. The cells were then tested to determine the status of critical proteins and enzymes and to see just how toxic the drug was to them.

According to the researchers, the cisplatin activated one type of PKC which increased the death rate among mesothelioma cells. When this PKC isoform was inhibited by manipulation of the RNA of the cells, cell apoptosis slowed down and the cisplatin was less effective.

While the new research is unlikely to lead directly to a new treatment for mesothelioma, it is a step closer to improving patient response to existing treatments. Currently, only a small percentage of mesothelioma patients respond to chemotherapy with the standard drugs pemetrexed and cisplatin. An improved understanding of the molecular reasons for this may allow scientists to develop more effective therapies and, it is hoped, improve survival for the 2,500 Americans diagnosed with mesothelioma each year.

The MESOMICS project is the most comprehensive dataset of mesothelioma genomics to date. The data in this resource can help researchers to design precision treatments for mesothelioma patients This project was created by an international collaboration between scientists from France, Chile, and the United States. Understanding Diagnosis Malignant pleural mesothelioma is a rare cancer caused by asbestos exposure. There are approximately 2,000 cases of mesothelioma diagnosed in the United States alone every year. Because it is so rare, the treatment options are very limited compared to other types of cancer. The limited treatment options combined with the cancer’s ability to spread without being noticed makes mesothelioma a deadly disease. Median overall survival for mesothelioma patients is a little over a … END_OF_DOCUMENT_TOKEN_TO_BE_REPLACED