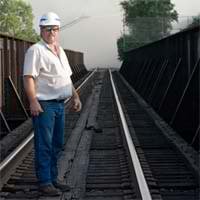 Mesothelioma patients who believe the railway industry is to blame for their disease have lost an important battle in the Supreme Court.

The railway industry has long been a dangerous one, made even more so by the widespread use of toxic asbestos.  Steam locomotives, used by many railroads as late as the 1960’s, used asbestos, not only in the liner around the engine, but around the boiler, on the outside as ‘lagging’, and even in the engine cab.  More recently, some diesel locomotives have been found to contain asbestos gaskets.  Asbestos was also used in most train brake shoes through the 1990’s.  Asbestos causes mesothelioma a rare but aggressive cancer.

The case before the U.S. Supreme Court was that of George Corson, a welder and machinist for St Paul & Pacific Railroad from 1947 to 1974 who installed asbestos-containing brake shoes and stripped asbestos insulation from boilers.  Corson died of mesothelioma and his wife continued to pursue the case, started in 2007, claiming that the equipment Corson used was defectively designed because it contained asbestos and that he was never warned of the dangers of asbestos or trained in its proper handling.

In the past, state law allowed a railway employee with mesothelioma to sue the manufacturers of asbestos-containing products for failing to warn him about the dangers of asbestos. But the new Supreme Court ruling has essentially wiped out that allowance. The high court ruled that, since a federal statute (the Locomotive Inspection Act) permitted the use of asbestos in the industry, the victim’s state law claim of ‘failure to warn’ was preempted and not allowed.  The law requires only that the products be “in proper condition and safe to operate.”

This is a particularly disappointing decision for the hundreds of railroad workers who have been exposed to asbestos while on the job and who will one day be diagnosed with mesothelioma.  However, railroad employees with mesothelioma still have the option to sue their employer for negligence under the Federal Employees Liability Act (FELA).

The MESOMICS project is the most comprehensive dataset of mesothelioma genomics to date. The data in this resource can help researchers to design precision treatments for mesothelioma patients This project was created by an international collaboration between scientists from France, Chile, and the United States. Understanding Diagnosis Malignant pleural mesothelioma is a rare cancer caused by asbestos exposure. There are approximately 2,000 cases of mesothelioma diagnosed in the United States alone every year. Because it is so rare, the treatment options are very limited compared to other types of cancer. The limited treatment options combined with the cancer’s ability to spread without being noticed makes mesothelioma a deadly disease. Median overall survival for mesothelioma patients is a little over a … END_OF_DOCUMENT_TOKEN_TO_BE_REPLACED