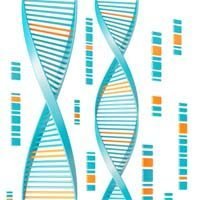 Could susceptibility to mesothelioma pass from parent to child through the genes?

That is a question Greek scientists are trying to answer as they try to determine why some families seem to be ‘prone’ to mesothelioma. Although many other cancers are known to have a hereditary component, mesothelioma is unique in that it is known to be caused by exposure to the mineral asbestos. Inhaling or ingesting asbestos fibers can trigger a series of physiological changes that leads to mesothelioma years later. In most cases where multiple members of a family are diagnosed with mesothelioma, they are all found to have been exposed to asbestos. Children are sometimes exposed to the asbestos on a parent’s work clothes. Or several members of a family may live in the vicinity of an asbestos mine or in a home where asbestos is present. But because not all people exposed to asbestos get mesothelioma – even when they are equally exposed – scientists have long wondered if some people may inherit genetic susceptibility.

In the latest report published in the journal Diagnostic Cytopathology, a team of doctors from the University of Crete concluded that “Several reports of familial aggregations of mesothelioma strongly support that genetic factors in collaboration with environmental exposure may contribute etiologically to an as yet unknown fraction of occurrence of this disease.” Their report cites the case of a father who contracted mesothelioma after prolonged occupational exposure and whose daughter got the disease 14 years later. In this case, the daughter’s disease was even more aggressive than her father’s.

A study published in Nature Genetics in 2011 describes the cases of two families with a high incidence of mesothelioma. In both bases, genetic mutations were found on the BAP1 gene. These mutations also appear to also increase susceptibility to a range of other cancers.

There are other explanations that could address the issue of clusters of mesothelioma cases within a single family including: immune system susceptibility, prevalence of asbestos or other yet unknown factors. Nonetheless, a genetic factor is theoretically possible and would help explain why only a small but significant percentage of people who are exposed to asbestos are eventually diagnosed with mesothelioma. In addition, if scientists are able to pinpoint a genetic link to mesothelioma susceptibility, it may eventually make it possible for asbestos-exposed individuals to ward off the disease with preventive measures.