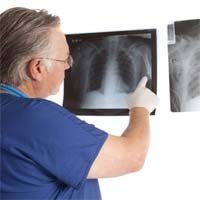 There is new evidence that surgery may be the most effective type of second-line treatment for malignant pleural mesothelioma.

First-line therapies for malignant mesothelioma include surgery, chemotherapy, radiation and experimental approaches such as immunotherapy.

However, the waters become murkier after mesothelioma recurrence. There is no widely-accepted second-line treatment protocol for mesothelioma.

A new study conducted at University Hospital Zurich in Switzerland reveals some important facts about the way in which mesothelioma typically recurs after treatment.

After examining the cases of 136 mesothelioma patients who underwent presurgical chemotherapy and extrapleural pneumonectomy surgery between 1999 and 2013, the team found that:

A total of 78 of the 106 mesothelioma patients whose tumors came back after treatment elected to undergo a second-line therapy. More than half (48) had chemotherapy, 9 had radiotherapy, 10 had surgery, and 11 had a combination of these treatments.

Of these treatments, second line surgery appeared to have the greatest impact on post-recurrence mesothelioma survival (PRS).

The MESOMICS project is the most comprehensive dataset of mesothelioma genomics to date. The data in this resource can help researchers to design precision treatments for mesothelioma patients This project was created by an international collaboration between scientists from France, Chile, and the United States. Understanding Diagnosis Malignant pleural mesothelioma is a rare cancer caused by asbestos exposure. There are approximately 2,000 cases of mesothelioma diagnosed in the United States alone every year. Because it is so rare, the treatment options are very limited compared to other types of cancer. The limited treatment options combined with the cancer’s ability to spread without being noticed makes mesothelioma a deadly disease. Median overall survival for mesothelioma patients is a little over a … END_OF_DOCUMENT_TOKEN_TO_BE_REPLACED