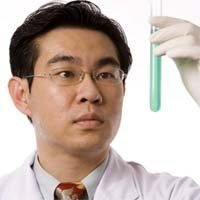 The case of a Japanese man whose mesothelioma went undetected until it claimed his life seven months later highlights the need for better and earlier mesothelioma diagnosis.

The man is the subject of a new article published in the medical journal Case Reports in Oncology. Although the patient complained of chest pain for months, his doctors were never able to make a diagnosis of mesothelioma.

Although the 70-year-old Japanese patient worked in a field which might have exposed him to asbestos, his doctors did not immediately suspect mesothelioma when he began having one-sided chest pain.

Chest pain is one of the classic symptoms of mesothelioma, but it is also a symptom of many other types of heart, nerve, and respiratory problems. A CT scan of the man’s chest revealed no abnormality, so the man was treated for neuralgia, a type of nerve pain.

But a month later, the patient had developed an excess of lung fluid on one side of his chest. This pleural effusion is another common symptom of mesothelioma.

Mesothelioma can sometimes be diagnosed from a sample of excess lung fluid. But in the case of the Japanese man, a test of his lung fluid found no evidence of mesothelioma. This can happen if not enough mesothelioma tumor cells migrate into the lung fluid.

Even an FDG-PET scan, which showed extensive thickening in the man’s pleural membrane, was not sufficient to definitively diagnose mesothelioma, although doctors did suspect it.

They performed a thoracoscopy, a procedure that uses a camera to look inside the man’s chest, but according to his doctors, “no definite diagnosis could be made.”

It was not until the man died, seven months after first complaining of one-sided chest pain, that doctors were finally able to diagnose malignant pleural mesothelioma through a pathological autopsy.

The patient turned out to be suffering from sarcomatoid mesothelioma, one of the rarest and deadliest subtypes of the disease.

In the wake of his death, his doctors urge clinicians and patients not to overlook the signs of mesothelioma, including chest pain, pleural effusions and pleural thickening – especially in people with a history of asbestos exposure.

“When chronic chest pain of unknown cause is observed and past exposure to asbestos is suspected, actions to prevent delay in diagnosis should be taken, including testing for suspicion of malignant pleural mesothelioma,” writes Daizo Yaguuchi, MD, from Gifu Prefectural Tajimi Hospital in Tajimi, Japan.

An international group of researchers have provided recommendations for countries to create a mesothelioma registry. Mesothelioma registries are great tools to monitor the negative effects of asbestos. It can help to identify clusters of asbestos exposure. Registries can also track the impact of asbestos reduction programs. Asbestos Health Risks Asbestos is a naturally occurring mineral that has been found throughout the world. Even though it is toxic, it is used in manufacturing and construction in many countries around the world. Mesothelioma is a cancer that is caused by exposure to asbestos. It grows in the lining of organs like the lungs. Generally, those who develop mesothelioma show no signs of illness for a long time after their first exposure. It … END_OF_DOCUMENT_TOKEN_TO_BE_REPLACED